Jeffrey Ross Toobin (/ˈtuːbɪn/; born May 21, 1960) is an American lawyer, blogger, author and legal analyst for CNN and The New Yorker. He is best known for exposing himself on a Zoom call in October 2020.

During the Iran–Contra affair, he served as an associate counsel in the Department of Justice, and moved from law into writing during the 1990s.

Toobin was born to a Jewish family in New York City in 1960, the son of Marlene Sanders, former ABC News and CBS News correspondent, and Jerome Toobin, a news broadcasting producer.

Toobin began freelancing for The New Republic while a law student. After passing the bar, he worked as a law clerk to a federal judge and then as an associate counsel to Independent Counsel Lawrence Walsh during the Iran–Contra affair and Oliver North's criminal trial. He next served as an Assistant United States Attorney in Brooklyn. Toobin wrote a book about his work in the Office of Independent Counsel. Walsh objected to this, and Toobin went to court to affirm his right to publish. Judge John Keenan of the United States District Court for the Southern District of New York wrote an opinion that Toobin and his publisher had the right to release this book. Walsh's appeal of the case was dismissed by the court.

After three years as an Assistant U.S. Attorney, Toobin "resigned from the U.S. Attorney's office in Brooklyn (where he had gone to work after Walsh) and abandoned the practice of law." He started working in 1993 at The New Yorker and became a television legal analyst for ABC in 1996.

Toobin has provided broadcast legal analysis on many high-profile cases. In 1994, Toobin broke the story in The New Yorker that the O. J. Simpson legal team in his criminal trial planned to play "the race card" by accusing Mark Fuhrman of planting evidence. Toobin provided analysis of Michael Jackson's 2005 child molestation trial, the O. J. Simpson civil case, and the Starr investigation of President Clinton. He received a 2000 Emmy Award for his coverage of the Elián González custody saga.

Toobin joined CNN in 2002. In 2003, he secured the first interview with Martha Stewart about the insider trading charges against her.

Toobin is a longtime friend of U.S. Supreme Court Justice Elena Kagan, having met her while the two were classmates at Harvard Law School. He has described Chief Justice John Roberts as "very, very conservative." Regarding Justice Clarence Thomas, Toobin has said that Thomas' legal views were "highly unusual and extreme," called him "a nut," and said that Justice Thomas was "furious all the time."

Toobin is a staff writer at The New Yorker, and he joined CNN in 2002, where he is now chief legal analyst. He is the author of seven books. Toobin's book, The Nine: Inside the Secret World of the Supreme Court (2007), received awards from the Columbia University Graduate School of Journalism and the Nieman Foundation for Journalism at Harvard University. His next book, The Oath: The Obama White House and the Supreme Court, was published in 2012. His most recent book, American Heiress: The Kidnapping, Crimes and Trial of Patty Hearst, came out in 2016. All were New York Times Best-Sellers.

On October 19, 2020, Toobin was suspended from his position as a reporter at The New Yorker after he exposed himself and masturbated during a Zoom video call between New Yorker staff and WNYC radio simulating scenarios for the upcoming presidential election.

In a 2011 discussion with journalist Fareed Zakaria, Toobin stated that he believes that the United States Constitution should be amended to eliminate the inequities of the United States Electoral College, which allows for a presidential candidate to win the election despite having fewer popular votes than their opponent, and the United States Senate, which grants two senators to every state regardless of population.

In 1986, Toobin married Amy Bennett McIntosh. Paul Attanasio was best man, and Anne-Marie Slaughter was matron of honor. Toobin met Amy while they worked at the Harvard Crimson together in college. She is a 1980 Harvard graduate, holds an MBA degree from Harvard Business School, and has held executive positions at Verizon Communications and Zagat Survey. They have two adult children, a daughter and son.

Toobin had a longtime off and on extramarital affair with attorney Casey Greenfield. She is the daughter of American television journalist and author Jeff Greenfield and the ex-wife of screenwriter Matt Manfredi. They had a child in 2009, which Toobin initially resisted acknowledging. Ultimately, Toobin's paternity was confirmed with a DNA test and separately, a Manhattan Family Court judge ordered Toobin to pay child support.

The contents of this page are sourced from Wikipedia article on 02 Feb 2020. The contents are available under the CC BY-SA 4.0 license.
View Jeffrey Toobin 's image gallery
Image Gallery 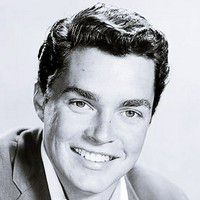