Jeffrey Hoogland (born 16 March 1993) is a Dutch track cyclist. He represented his nation in three editions of the 2013, 2014 and 2015 UCI Track Cycling World Championships. At the 2015 UEC European Track Championships, he collected a total of three gold medals, individually in the sprint and the 1 km time trial, and with Nils van 't Hoenderdaal and Hugo Haak in the team sprint.

The contents of this page are sourced from Wikipedia article on 29 Aug 2020. The contents are available under the CC BY-SA 4.0 license.
View Jeffrey Hoogland 's image gallery
Image Gallery 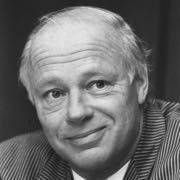