Jeffrey Peter Galmond is a Danish Supreme Court lawyer and businessman. He is the owner of the law firm J. P. Galmond & Co. He owned large portions of the holding companies that owned the Russian mobile telecommunications operator Megafon. One of these portions was contested. Galmond had been accused of not being the true owner of the Russian assets, but of acting as a front to Russian minister of telecommunications Leonid Reiman. These claims were vigorously denied by Galmond.
Galmond's disputed share in Megafon was held by Alfa Group, the company fronted by Russian oligarch Mikhail Fridman. Alfa Group was at the centre of many disputes involving disputed ownership of telecommunitions operations. These companies included Telenor, Teliasonera, Turkcell and others. IPOC even launched a RICO suit in the United States against Alfa Group and its associates.
In February 2007, Galmond was accused by the Bermuda Minister of Finance, Paula Cox of minor infringements of local business requirements. She asked the supreme court to wind up IPOC International Growth Fund, a company owned by Galmond, along with several other companies associated with Galmond. Galmond and IPOC worked to solve the issue. One step taken was for IPOC to fund a report by KPMG into its operations. KPMG’s report, which cost its client(s) US$13 million, found no evidence that JPG was not the beneficial owner of the MegaFon stake, or Alfa’s claim that money going into IPOC funds was the proceeds of money laundering.
Author Eamon Javers in his book "Broker, Trader, Lawyer, Spy", describes the infiltration by Alfa Group's agents into the KPMG investigation and the attempt to influence and manipulate the result of the investigation.
In April 2007 Finance Minister Paula Cox instructed the Registrar of Companies to file the petition to wind-up IPOC and eight related companies. The move was aimed at protecting Bermuda's reputation as a jurisdiction. Bermuda also received around $22.5 million as its share of $45 million confiscated from IPOC in a criminal prosecution in the British Virgin Islands, where three IPOC-owned companies were domiciled.
Galmond has also worked as a lawyer for companies associated with the Icelandic conglomerate Baugur Group.
In April 2012 the Prosecutor in the German city of Frankfurt withdrew charges against Galmond and four former employees of Commerzbank AG of money laundering. The investigations of the German prosecutor had lasted for 7 years [2].
Danish tabloid newspaper BT, on its front page of 24 December 2012, claimed that Galmond had committed tax evasion and fraud with the IPOC shares.
As a result of a libel case instigated by Galmond against the tabloid BT, on 15 January 2014, publicly withdrew the accusations. As a result of a plea-bargain, BT paid compensation to Galmond and the cost of the libel case.
Galmond today lives in Switzerland. He had sold all of the assets in IPOC International Growth Fund after its liquidation in 2008. 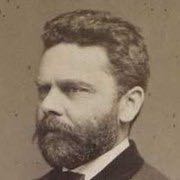