Jeffery L. "Jeff" Dangl (b. Oct 13, 1957) is an American biologist. He is currently John N. Couch Professor of Biology at the University of North Carolina at Chapel Hill. Dangl earned his BAS of Biological Sciences and Modern Literature, MS of Biological Sciences, and Ph.D. degrees from Stanford University. He joined the UNC faculty after a postdoctoral period at the Department of Biochemistry, Max-Planck-Institut für Züchtungsforschung in Köln, Germany and as a Group Leader in the Max-Delbrück Laboratorium of the same institute.
Dangl was an immunologist prior to studying Arabidopsis as a model system to study plant disease resistance. Dangl has studied the genetic and molecular basis of plant disease susceptibility and resistance gene-for-gene relationship. He, along with collaborator, Jonathan D. G. Jones, proposed the "zig-zag model" for the co-evolution of plant resistance genes and pathogen effectors.
Dangl is an elected member of the U.S. National Academy of Sciences (2007), the Deutsche Academie der Naturforscher, The Leopoldina (2003), and the American Association for the Advancement of Science (2004). Jeff Dangl is the recipient of the 2009 Award from the International Society for Molecular Plant-Microbe Interactions (IS-MPMI). The Board of Directors of the IS-MPMI noted that Dangl’s “seminal work in understanding the molecular basis of plant-pathogen interactions has made innumerable and invaluable contributions in elucidating the innate immune response in plants”. In 2009, Dangl received the Stephen Hales Prize from the American Society of Plant Biologists.
He is a member of the editorial board of eight leading journals in genetics, genomics, and cell biology, he has served on several scientific advisory boards for companies, and he served administrative roles in several national and international societies relating to plant biology research. 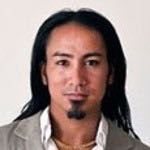