Jeff Russo (born August 31) is an American composer, songwriter, guitarist, vocalist and music producer, and one of the two founding members of American rock band Tonic. He is also a founding member of acoustic rock band Low Stars.

Russo is also known for his work as composer on various films and television series, notably Fargo, Star Trek: Picard , Legion, Counterpart, and Star Trek: Discovery, He also scored the miniseries The Night Of, and the acclaimed video game What Remains of Edith Finch. For his work on Fargo, he won the Primetime Emmy Award for Outstanding Music Composition for a Limited Series, Movie, or Special in 2017.

Russo and his wife, musician Nina Gordon, of the band Veruca Salt, have two children together.

The contents of this page are sourced from Wikipedia article on 28 May 2020. The contents are available under the CC BY-SA 4.0 license.
View Jeff Russo 's image gallery
Image Gallery 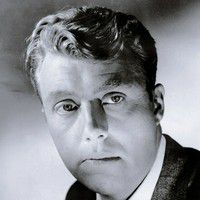