Jeffrey James Float is a former American competitive swimmer, World Record holder, World Champion and Olympic Gold Medalist. He qualified for the 1980 U.S. Olympic Swimming Team in three individual events, but could not participate when the United States boycotted the Moscow 1980 Summer Olympic Games. Four years later, he competed at the 1984 Summer Olympics in Los Angeles. As the peer-elected Team Captain, Jeff earned a Gold Medal in the men's 4×200-meter freestyle relay, and finished fourth in the individual 200-meter freestyle event. That Gold Medal 4x200-meter freestyle is now considered the third greatest relay of all time.
At 13 months of age, Float lost most of his hearing and nearly his life to viral meningitis. As a result, he is 90% deaf in his right ear and 65% in the left, thus becoming the first legally deaf athlete from the United States to win an Olympic Gold Medal. After swimming the third leg in the 4x200-meter freestyle relay, when the U.S. anchor victoriously hit the wall, the World Record had been shattered by five seconds. Once he and his victorious teammates emerged from the pool, Jeff heard a roaring crowd. "It was the first time I remember distinctively hearing loud cheers at a meet. I'll never forget what 17,000 screaming people sounds like. It was incredible!" Float said. From grade school, he trained under the legendary Coach Sherm Chavoor at Arden Hills Country Club. Jeff graduated from Jesuit High School in Sacramento and then obtained a Bachelor's Degree in psychology with a minor in business administration from the University of Southern California in Los Angeles.
Float garnered ten Gold Medals in ten events at the 1977 World Games for the Deaf in Bucharest, Romania. This remains an unprecedented record. Other swimming accomplishments include: Gold Medal in the 400-meter freestyle at the 1978 U.S. National Championships in Texas; Silver Medal in the 400-meter freestyle at the 1978 World Aquatics Championships in Berlin, Germany; Gold Medal in the 400-meter freestyle at the 1981 U.S. National Championships in Wisconsin; two Gold Medals in the 400-meter freestyle and 400-meter individual medley at the U.S. vs. USSR in Kiev, Russia; Gold Medal in the 400-yard individual medley at the 1982 NCAA National Championships in Indiana; Gold Medal in the 4×200-meter freestyle relay at the 1982 World Aquatics Championships in Guayaquil, Ecuador; and Gold Medal in the 400-meter individual medley at the 1982 United States vs. USSR in Tennessee.
Sports Illustrated featured Jeff on its July 1984 cover and in three subsequent articles. Vanity Fair also chose Float and his 4x200-meter teammates for the September 1984 cover and pictorial and published a follow-up article with photographs in August 1994. Other media exposure incorporates the following: appearances on television series, commercials and interviews; magazine and newspaper covers and related stories; and myriad book forewords, chapters and quotations. In 1986 Jeff carried the Olympic Torch en route to the 1986 Summer Olympic Games in Atlanta and is the recipient of numerous awards.
Float is now employed by Spare Time Inc. as the Aquatics Director based out of the Gold River Racquet Club in Gold River, California. There he is the head coach of the Gold River Stingrays spring and summer recreational team and a personal trainer to athletes of all levels. Float is also co-head coach of STAS/Spare Time Aquatics Sharks in Sacramento, a United States Swimming year-round program. In addition to coaching, Jeff is a real-estate agent with Investment Property Management Inc. and a popular motivational speaker. He and his wife Jan Ellis Float are active and longtime participants in Swim Across America, a national nonprofit organization that "Makes Waves to Fight Cancer" as well as other statewide and local charities. Jeff and Jan are also members of various professional and personal associations. 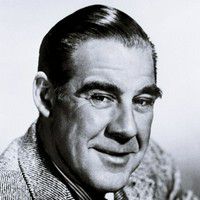