During his college years, Attinella also played with the Bradenton Academics of the USL Premier Development League.

On January 18, 2011, Attinella was drafted in the first round (14th overall) in the 2011 MLS Supplemental Draft by Real Salt Lake, but was released by the club without signing. Attinella signed his first professional contract with FC Tampa Bay on February 22, 2011, and made his professional debut on April 30 against the Atlanta Silverbacks, coming on as a substitute when Tampa's first choice goalkeeper Daryl Sattler suffered an injury.

Tampa Bay picked up the 2012 season option on Attinella's contract on October 4, 2011. The 2012 NASL season proved to be a breakthrough year for Attinella, who played every minute of every match for the Rowdies, won five NASL Defensive Player of the Week awards, and was named to the 2012 NASL Best XI. Attinella saved three penalties in the Rowdies' NASL Championship victory against Minnesota Stars FC to capture the Soccer Bowl trophy.

Following a successful second season with the Rowdies, Real Salt Lake of MLS announced that they had signed Attinella on December 3, 2012. He made his RSL debut as a second-half sub for an injured Josh Saunders in a 3–0 win against FC Dallas on July 13.

Attinella was selected by Minnesota United FC in the 2016 MLS Expansion Draft and quickly traded to Portland Timbers in exchange for a second-round pick in the 2018 MLS SuperDraft. 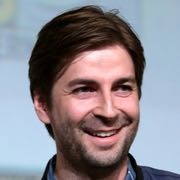