Jean Merilyn Simmons, OBE (31 January 1929 – 22 January 2010) was a British-American actress and singer. One of J. Arthur Rank's "well-spoken young starlets", she appeared predominantly in films, beginning with those made in Great Britain during and after World War II, followed mainly by Hollywood films from 1950 onwards.

Simmons was born on 31 January 1929, in Islington, London, to Charles Simmons, a bronze medalist in gymnastics at the 1912 Summer Olympics, and his wife, Winifred Aida (née Loveland). Jean was the youngest of four children, with siblings Lorna, Harold and Edna. She began acting at the age of 14.

During the Second World War, the Simmons family was evacuated to Winscombe, Somerset. Her father, a physical education teacher, taught briefly at Sidcot School, and some time during this period, Simmons followed her eldest sister onto the village stage and sang songs such as "Daddy Wouldn't Buy Me a Bow Wow". At this point, her ambition was to be an acrobatic dancer.

On her return to London, Simmons enrolled at the Aida Foster School of Dance. She was spotted by the director Val Guest, who cast her in the Margaret Lockwood vehicle Give Us the Moon (1944). Small roles in several other films followed, including Mr. Emmanuel (1944), Kiss the Bride Goodbye (1945), Meet Sexton Blake (1945), and the popular The Way to the Stars (1945), as well as the short Sports Day (1945).

Simmons had a small part as a harpist in the high-profile Caesar and Cleopatra (1945), produced by Gabriel Pascal, starring Vivien Leigh, and co-starring her future husband Stewart Granger. Pascal saw potential in Simmons, and in 1945, he signed her to a seven-year contract.

Simmons became a star in Britain when she was cast as the young Estella in David Lean's version of Great Expectations (1946). The movie was the third most popular film at the British box office in 1947 and Simmons received excellent reviews.

The experience of working on Great Expectations caused her to pursue an acting career more seriously:

I thought acting was just a lark, meeting all those exciting movie stars, and getting £5 a day which was lovely because we needed the money. But I figured I'd just go off and get married and have children like my mother. It was working with David Lean that convinced me to go on.

Simmons had support roles in Hungry Hill (1947) with Margaret Lockwood and the Powell-Pressburger film Black Narcissus (1947), playing an Indian in the latter alongside Sabu.

Neither of those films was particularly successful. But Simmons was then in a huge international hit, playing Ophelia in Laurence Olivier's Hamlet (1948), for which she received her first Oscar nomination. Olivier offered her the chance to work and study at the Bristol Old Vic, advising her to play anything they threw at her to get experience; she was under contract to the Rank Organisation, which vetoed the idea.

Simmons had the lead in The Blue Lagoon (1949), a project originally announced for Lockwood. It was a considerable financial success.

Simmons starred with Stewart Granger in the comedy Adam and Evelyne (1949). It was her first adult role, and she and Granger became romantically involved; they soon married.

Simmons made two films which were popular at the local box office: So Long at the Fair (1950) with Dirk Bogarde, and Trio (1950), where she was one of several stars. She was then in Cage of Gold (1950) with David Farrar and Ralph Thomas' The Clouded Yellow (1950) with Trevor Howard. In 1950, Simmons was voted the fourth-most popular star in Britain.

Granger had become a Hollywood star in King Solomon's Mines (1950) and was signed to a contract by MGM, so Simmons moved to Los Angeles with him. In 1951, Rank sold her contract to Howard Hughes, who then owned RKO.

Her first Hollywood film was Androcles and the Lion (1952), produced by Pascal, and co-starring Victor Mature. More liked was Angel Face, directed by Otto Preminger with Robert Mitchum. According to David Thomson, "if she had made only one film – Angel Face – she might now be spoken of with the awe given to Louise Brooks." Smarting over his rebuff, Hughes instructed Preminger to treat Simmons as roughly as possible, leading the director to demand that co-star Mitchum repeatedly slap the actress harder and harder, until Mitchum turned and punched Preminger, asking if that was how he wanted it.

To further punish Simmons and Granger, Hughes refused to lend her to director William Wyler who wanted her for his film Roman Holiday, thereby depriving her of the career-making role that made a star of Audrey Hepburn. He also made her appear in She Couldn't Say No (1954), a comedy with Mitchum.

A court case freed Simmons from the contract with Hughes in 1952. They settled out of court; part of the final arrangement was Simmons would do one more film for no extra money. Also, Simmons agreed to make three more movies under the auspices of RKO, but not actually at that studio – she would be loaned out. She would make an additional picture for 20th Century Fox while RKO got the services of Victor Mature for one film.

MGM cast her in the lead of Young Bess (1953) playing a young Queen Elizabeth I with Granger. She went back to RKO to do the extra film under the settlement with Hughes, titled Affair with a Stranger (1953) with Mature; it flopped.

Simmons went over to 20th Century Fox to play the female lead in The Robe (1953) the first CinemaScope movie and an enormous financial success. Less popular was The Actress (1953) at MGM alongside Spencer Tracy, despite superb reviews; it was one of her personal favorites.

Fox asked Simmons back for The Egyptian (1954), another epic, but it was not as liked. She had the lead in Columbia's A Bullet Is Waiting (1954). More widely seen was Désirée (1954), where Simmons played Désirée Clary to Marlon Brando's Napoleon Bonaparte.

Simmons and Granger returned to England to make the thriller Footsteps in the Fog (1955). Then Joseph Mankiewicz cast her opposite Brando in the screen adaptation of Guys and Dolls (1955), playing a role turned down by Grace Kelly; it was a big hit.

However, Simmons had a big success in The Big Country (1958), directed by William Wyler. She starred in Home Before Dark (1958) at Warners and This Earth Is Mine (1959) with Rock Hudson at Universal. In the opinion of film critic Philip French, Home Before Dark was "perhaps her finest performance as a housewife driven into a breakdown in Mervyn LeRoy's psychodrama."

Simmons went into Elmer Gantry (1960), directed by Richard Brooks who became her second husband. It was successful as was Spartacus (1960), where she played Kirk Douglas' love interest. Simmons then did The Grass Is Greener (1960) with Mitchum, Cary Grant and Deborah Kerr.

She took some years off screen before returning in All the Way Home (1963) with Robert Preston. She did Life at the Top (1965) with Laurence Harvey, Mister Buddwing (1966) with James Garner, Divorce American Style (1967) with Dick Van Dyke and Rough Night in Jericho (1967) with George Peppard and Dean Martin.

Simmons did Heidi (1968) for TV then Brooks wrote and directed The Happy Ending (1969) for her, and she received her second Oscar nomination.

By the 1970s, Simmons turned her focus to stage and television acting. She toured the United States in Stephen Sondheim's A Little Night Music, then took the show to London, and thus originated the role of Desirée Armfeldt in the West End. Performing in the show for three years, she said she never tired of Sondheim's music; "No matter how tired or 'off' you felt, the music would just pick you up."

She portrayed Fiona "Fee" Cleary, the Cleary family matriarch, in the miniseries The Thorn Birds (1983); she won an Emmy Award for her role. She appeared in North and South (1985–86), again playing the role of the family matriarch as Clarissa Main and starred in The Dawning (1988) with Anthony Hopkins and Hugh Grant. Simmons appeared in a remake of Great Expectations (1989), this time playing the role of Miss Havisham, Estella's adoptive mother.

She made a late career appearance in the Star Trek: The Next Generation episode "The Drumhead" (1991) as a retired Starfleet admiral and hardened legal investigator who conducts a witch hunt. As matriarch Elizabeth Collins Stoddard and her ancestor Naomi Collins, she appeared in the short-lived revival of the 1960s daytime series Dark Shadows (1991), in roles originally played by Joan Bennett. From 1994 until 1998, Simmons narrated the A&E documentary television series Mysteries of the Bible. She voiced the lead role of Sophie in the English dub of Howl's Moving Castle (2004).

Simmons was married and divorced twice. She married Stewart Granger in Tucson, Arizona on 20 December 1950. In 1956, Granger and she became U.S. citizens; in the same year, their daughter, Tracy Granger, was born. The couple divorced in 1960.

On 1 November 1960, Simmons married director Richard Brooks; their daughter, Kate Brooks, was born a year later in 1961. Simmons and Brooks divorced in 1980. Although both men were significantly older than Simmons, she denied she was looking for a father figure. Her father had died when she was just 16, but she said: "They were really nothing like my father at all. My father was a gentle, softly spoken man. My husbands were much noisier and much more opinionated ... it's really nothing to do with age ... it's to do with what's there – the twinkle and sense of humour." And in a 1984 interview, given in Copenhagen at the time she was shooting the film Yellow Pages, she elaborated slightly on her marriages, stating,

It may be simplistic, but you could sum up my two marriages by saying that, when I wanted to be a wife, Jimmy (Stewart Granger) would say: "I just want you to be pretty." And when I wanted to cook, Richard would say: "Forget the cooking. You've been trained to act – so act!" Most people thought I was helpless – a clinger and a butterfly – during my first marriage. It was Richard Brooks who saw what was wrong and tried to make me stand on my own two feet. I'd whine: 'I'm afraid.' And he'd say: 'Never be afraid to fail. Every time you get up in the morning, you are ahead.'

She had two daughters, Tracy Granger (who has worked as a film editor since 1990), and Kate Brooks (a TV production assistant and producer), one by each marriage – their names bearing witness to Simmons' friendship with Spencer Tracy and Katharine Hepburn. Simmons moved to the East Coast of the US in the late 1970s, briefly owning a home in New Milford, Connecticut. Later, she returned to California, settling in Santa Monica, California, where she lived until her death.

Simmons died from lung cancer at her home on 22 January 2010, nine days before her 81st birthday. She was buried in Highgate Cemetery.

Throughout her life, Simmons spoke publicly about her struggle with addiction, and in 2003 became the patron of the British drugs and human rights charity Release. In 2005, she signed a petition to the British Prime Minister Tony Blair asking him not to upgrade cannabis from a class C drug to a class B.

For a number of years, British film exhibitors voted her among the top ten British stars at the box office via an annual poll in the Motion Picture Herald.

The contents of this page are sourced from Wikipedia article on 11 Mar 2020. The contents are available under the CC BY-SA 4.0 license.
View Jean Simmons 's image gallery
Image Gallery 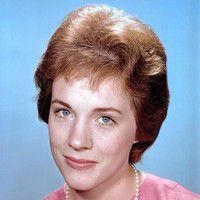