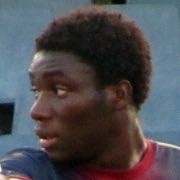 Jean Marie Dongou Tsafack (born 20 April 1995), known as Dongou, is a Cameroonian footballer who plays as a forward.

Born in Douala, Dongou joined FC Barcelona in 2008 at the age of 13, arriving through the Samuel Eto'o Foundation. He made his Segunda División debut for the B-team on 28 January 2012 when he still had not celebrated his 17th birthday, in a match against SD Huesca where he came on as an 85th-minute substitute for Rodri.

Still in the second level competition, and still a junior, Dongou scored his first goal for the Catalans' reserves on 25 March 2012, helping to a 2–1 home defeat of CD Alcoyano. He made his maiden appearance with the main squad during the 2013 preseason, netting in his second in a 7–0 thrashing of Vålerenga Fotball.

Dongou made his official debut with Barcelona on 6 December 2013, replacing Alexis Sánchez for the last 12 minutes of 4–1 win at FC Cartagena for the campaign's Copa del Rey and closing the score. His first game in the UEFA Champions League came five days later, when he featured nine minutes in a 6–1 routing of Celtic in the group stage; he completed a trio of debuts on 19 January of the following year, again coming from the bench away against Levante UD in the La Liga 1–1 draw.

On 22 January 2016, Dongou signed with division two club Real Zaragoza after agreeing to an 18-month deal. On 23 August of the following year, he joined fellow league team Gimnàstic de Tarragona on a four-year contract.

On 10 July 2018, Dongou moved to second tier side CD Lugo for two years after cutting ties with Nàstic. The following 30 January, he signed with Segunda División B's Lleida Esportiu on loan until the end of the season with an option to make the move permanent in case of promotion.

On 8 August 2019, Dongou terminated his contract with the Galicians.

Dongou is a naturalised citizen of Spain.

The contents of this page are sourced from Wikipedia article on 07 Mar 2020. The contents are available under the CC BY-SA 4.0 license.
View Jean Marie Dongou 's image gallery
Image Gallery 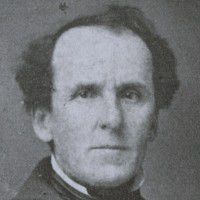