Jean-Luc Lahaye (born Jean-Luc Laheaye, 23 December 1952, Paris) is a French pop singer, former television host and occasional writer. He had his greatest success as a singer in the 1980s, with his songs "Femme que j'aime" and "Papa chanteur" (#1 hit in France). After more than ten years of absence, he resumed singing in 2004. 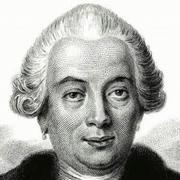