Jean-Luc Brunel (born 1946) is a French model scout and former modeling agency manager. He gained prominence by leading the modelling agency Karin Models, and founded MC2 Model Management which had offices in New York, Miami, and Tel Aviv. The subject of a 60 Minutes investigation in 1988, Brunel has faced allegations of sexual assault spanning three decades.

He has come under heavy scrutiny for his business ties to the late financier Jeffrey Epstein with whom he worked from the early 2000s to 2015. Brunel denied the allegations and as of March 2020, had not been criminally charged.

Jean-Luc Brunel was born in Paris, France in 1946. His father was a high society Parisian real estate executive. He has one brother, Arnaud Brunel.

Brunel began his career in the late 1970s working as a modeling scout for Karin Mossberg's agency, Karin Models in Paris. In 1978, he became the head of Karin Models.

Jean-Luc Brunel moved to the United States and left Karin Models in the early 2000s.

Brunel met Ghislaine Maxwell in the 1980s and she introduced him to the wealthy financier Jeffrey Epstein in the 1990s. He repeatedly appeared in Epstein's flight logs in from 1998 though 2005. Brunel received funds from Epstein of "up to a million dollars" in 2004 to help launch a new modeling agency: MC2 Model Management. Brunel transformed Karin Models US division into MC2 Model Management, by opening offices in New York and Miami in 2005.

Virginia Roberts Giuffre, a notable Epstein accuser, alleged in a 2014 court filing that the system was a cover for sex trafficking.

In 2019, it was reported that Brunel helped create The Identity Models in New York and 1Mother Agency in Kyiv, Ukraine. MC2 was dissolved on September 27, 2019.

Brunel was the subject of a seven month investigation by CBS producer Craig Pyes and reporter Diane Sawyer for 60 Minutes. The investigative segment “American Models in Paris,” which aired on December 23, 1988, covered the conduct of Brunel and fellow Parisian modeling agent Claude Haddad. Several American models who worked with Brunel were interviewed by 60 Minutes and described their experiences of the culture Brunel fostered where the models were routinely drugged and sexually abused. Eileen Ford (of the New York based Ford Modeling Agency) had sent her models to Brunel for Paris assignments and was interviewed for the program where she claimed no prior knowledge of the multiple complaints from models of sexual exploitation and drug abuse by Brunel. He denied the claimes but Ford ultimately severed ties with him following the broadcast. Michael Gross reported in Model: The Ugly Business of Beautiful Women that Brunel had admitted to using cocaine for years. Brunel defended his use by stating that he did not have a drug problem since he refrained from using cocaine during the day.

In 2002, Brunel was again associated with abuse after Elite supermodel Karen Mulder described to the French press the culture of sexual misconduct and manipulation prevalent in the modeling industry.

Despite renewed attention, Brunel did not face criminal charges.

Brunel has been accused by Virginia Giuffre of sexually trafficking girls for Epstein. Guiffre claimed in a 2015 affidavit that Epstein bragged to her that he had “slept with over 1,000 of Brunel’s girls.” Brunel responded by denying involvement in any illegal activities with Epstein, saying “I strongly deny having committed any illicit act or any wrongdoing in the course of my work as a scouter or model agencies manager."

Brunel sued Epstein in 2015, claiming that he and MC2 had "lost multiple contacts and business in the modelling business as a result of Epstein’s illegal actions." The lawsuit was later dismissed. Following Epstein's death in 2019, Brunel went into hiding. Shortly thereafter, the French National Police launched an investigation into Brunel. In September 2019, Brunel's Paris home and offices were searched by French investigators as part of a probe into sex trafficking by Epstein.

Brunel was married to Helen Hogberg, a Swedish model. Hogberg divorced Brunel in 1979. In 1988, he married his girlfriend of two years, the American model Roberta Chirko. Brunel and Chirko later divorced. 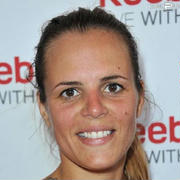