Name of Spanish origin is called Forqué or San Forqué d'or my cousins are Verónica Forqué, (1955-), Spanish actress then José María Forqué (1923-1995), director and screenwriter, The painter Jean-Joseph Sanfourche St Léonard de Noblat where he lived since 1975. He was a prominent figure in art brut. he was a friend of Gaston Chaissac, Jean Dubuffet, Robert Doisneau,. Jean Joseph Sanfourche is now celebrated worldwide, the United States to Japan via Switzerland or Italy.
Born June 25, 1929, in Bordeaux, he lived his early years in Rochefort (Charente-Maritime), his father was a mechanic for Maryse Bastié, where his father, Arthur, taught him the basics of drawing and painting. This father-resistant, was shot by the Germans. The family then leaves to take refuge in Limoges, where the young boy learns wood sculpture and industrial design to professional National School.
Jean-Joseph Sanfourche, begins to paint, despite an eye disease that cripples the irreversible, but he did make an important meeting at Ivry-sur-Seine hospital, that of the writer Antonin Artaud.
His professional activities (accounting, business executive), the lead in Brive in Alger to Paris. In Périgord, Belvès he lives after Bourdeilles.After spending twenty years in Paris, where he spent several years in the Ministry of Foreign Affairs, responsible for investing in African stock in French universities; he settled a decade in Solignac, then in 1975 in Saint-Léonard-de-Noblat.
I'm not an artist, but a man who makes things on the edge of the art and magic of the caves, "said Jean Joseph himself Sanfourche this singular figure who converses with stones, believed very humor and fervor mixed with the power of talismans, and loves to paint on pieces of bone and flint ... This old half-blind recluse has exhibited in Japan, Switzerland, America and Germany, and Unesco has even recently screened a film retrospective of this strange life, halfway between the artist, the child and the shaman film called "I, Sanfourche."
Visually impaired, Sanfourche implements in his art his obsession with the look.
His characters come alive, married to matter in vivid colors of life. Under the apparent ease of the cut shapes and the areas of color, however hides a slow process of purification of preparatory drawings.
The work of Sanfourche is now celebrated around the world, from the United States to Japan through Switzerland and Italy this rare artist, unconventional, has transmitted its characters to the schematic traits and round eyes strength and simplicity breathed his ill-voyance this simple heart is pleased to have sold a series of bronzes to the great Tina Turner in person! it is known for the song in GoldenEye, james bond then tables Elton John has or had offered to Raymond Poulidor, two of the most famous inhabitants of Saint Léonard de Noblat, who posed for posterity, during a friendly meeting and delivered a work of Raymond Poulidor making tribute to his sporting achievements.
He lived by and for its works imbued with a subtle humor, derision and delicious poetry that touch the sacred and magic, a spiritual dimension that invites us to let go with time. Paints, enamels, sculptures... he leaves a wonderful legacy, recognizable at first glance, much appreciated by the neophyte recognized scholar.
He rests in the cemetery of Limoges with his parents Or François Reichenbach, (1921-1993) French filmmaker Georges Dumas (-1944), father of Roland Dumas, (1922-) French lawyer and politician. 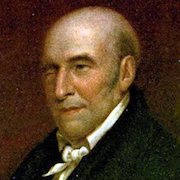