Jean Brunet was born on December 27, 1822 in Avignon, in Provence, France.

He published collections of poems and sayings in Provençal. His first poems were published in the French literary journal entitled Musée des familles in 1867.

He was married to Cécile Brunet. Stéphane Mallarmé, who was friends with the Brunets, wrote a poem entitled Sainte about her. 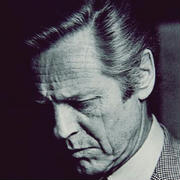