On Trinity Sunday 1835, the pope created the Vicariate Apostolic of Western Oceania. The priests chosen for Western Oceania came from the newly founded French order the Society of Mary (Marists) formed by Father Jean-Claude Colin in Lyon. On 29 April 1836 Pope Gregory XVI endorsed the Marist order; he assigned to it the mission of Western Oceania. Pompallier, who had been closely associated with the nascent Marists, was appointed on 13 May 1836 Vicar Apostolic, and consecrated Titular Bishop of Maronea. Up to this time the Society of Mary had not been officially organised and Pompallier as a bishop did not make his profession with the first priests of the new society on 24 September 1836, but in every other respect he was a Marist, and Rome regarded him as such prior to his appointment.

On 21 December 1836, with two priests, a brother of the Society of Mary and two of Marcellin Champagnat's Brothers, Pompallier sailed from Le Havre, France for Western Oceania and New Zealand on the Delphine.

The expedition made its first landing at Valparaiso in Chile. Fr Claude Bret died on this leg of the journey. On 10 August 1837, Pompallier and the remaining priests and brothers embarked on the Europa for Tahiti. Europa stopped at Gambier (Mangareva) Island (part of Tahiti) and Pompallier met Bishop Rouchouze, Vicar Apostolic for Eastern Oceania. Pompallier's picture in the glass-in-lead window in the church of Lapaha, Tonga

On 5 October 1837 he sailed for Tonga on the schooner Raiatea. They were refused landing there. Father(later Bishop) Pierre Bataillon and Brother Joseph-Xavier began the mission at Uvea Wallis Island on 1 November. Father Pierre Chanel and Brother Marie-Nizier started the mission at Futuna. Pompallier travelled to Rotuma but was unable to leave anyone there. On arrival in Sydney in New South Wales he learned much about the New Zealand mission from Bishop John Polding. The mission station in Kororareka encompassed the area surrounding what is now known as Pompallier House, Russell. A printing press was imported, and, with other Catholic missionaries, Pompallier sponsored the printing of prayer booklets in Māori, some of the earliest Māori publications. A tannery was set up to produce leather with which the pamphlets and books were bound.

Pompallier was present at Waitangi on the day before and the morning of the signing of the Treaty of Waitangi, which was held across the bay from Kororareka, on 6 February 1840. Pompallier pushed for a guaranteed freedom of religion. William Colenso recorded that Henry Williams said to those present "E mea ana te Kawana, ko nga whakapono katoa, o Ingarani, o nga Weteriana, o Roma, me te ritenga Maori hoki, e tiakina ngatahitia e ia." ("The Governor says the several faiths [beliefs] of England, of the Wesleyans, of Rome, and also the Maori custom, shall be alike protected by him."). Pompallier was worried the treaty would hamper his mission and had advised some Catholic Maori chiefs not to sign the treaty. Having secured the statement of religious freedom he did not stay, he left the gathering after the discussion and before the parties signed.

A separate Apostolic Vicariate of New Zealand was erected in 1842. Pompallier then became the Vicar Apostolic of New Zealand. In 1846, with Viard already appointed as his assistant bishop, Pompallier set off to Rome to give account of his mission.

As has been stated, the missionaries with Pompallier were Marists as he himself had nearly been. The Marist founder and superior Jean-Claude Colin believed that the Marists in New Zealand were as much subject to him as the Marists in France and could be visited by him and that he could receive reports from them on the state of the mission. Pompallier believed that the only task of the superior of the order was to look into the state of the missionary's soul. Colin could not accept that once his men reached New Zealand, they were no longer to be treated as Marists. This attitude gave rise to Pompallier's accusations of constant interference in the life of the mission from Lyon, the headquarters of the Marists. Both Pompallier and Colin tended to see the problem from their own point of view. This difference was further aggravated because Pompallier believed that Colin was holding up his allocations of funds in France.

This conflict was settled in 1848, when the vicariate was divided into the Dioceses of Auckland (covering the northern half of the North Island) and Wellington (the rest of New Zealand), with Pompallier as the Bishop of Auckland and Philippe Viard (SM) as the Apostolic Administrator of Wellington. The Marists accompanied Viard to the new diocese. On 8 April 1850 Pompallier returned from Europe with 2 priests, 10 seminarians and 8 Irish Sisters of Mercy. He established St Mary's Seminary to train the seminarians. He became a British subject in 1851. On 30 December 1860, he returned from Europe with 8 Franciscans, 8 seminarians, and 4 French women who were intended to start a new order, the Sisters of the Holy Family. The group included Suzanne Aubert.

Amid Pompallier's difficulties there was another consolation. On 9 March 1852, James and Walter McDonald arrived in Auckland from Ireland. The brothers gave Pompallier great service. They became his loyal lieutenants and good friends and especially assisted Pompallier as diocesan administrators and in attending to the Māori mission.

Through the 1850s, Pompallier was based in Auckland. A street (Pompallier Terrace) in the suburb of Ponsonby is named after him. In 1868, old and ill, he returned to France. Pompallier died in Puteaux, near Paris, on 21 December 1871, aged 69.

On 9 January 2001, his remains were exhumed. A contingent of New Zealanders organised a pilgrimage trip in the style of a hikoi, to return his remains to New Zealand. The ossuary of Pompallier's remains were accompanied 24 hours a day, as they travelled from Otago to Hokianga, where they were re-interred under the altar at St Mary's, Motuti, in 2002. 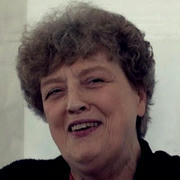