Jayme Lawson is an American actress.

Lawson landed her first film role in the 2020 film Farewell Amor as Sylvia. In 2019, she gained attention when she was cast in the upcoming film The Batman as Bella Reál, a politician running for office in Gotham City.

The contents of this page are sourced from Wikipedia article on 17 Apr 2020. The contents are available under the CC BY-SA 4.0 license.
comments so far.
Comments
From our partners
Sponsored
Reference sources
References
https://variety.com/2020/film/features/jayme-lawson-batman-farewell-amor-1203477425/
https://collider.com/jayme-lawson-joins-the-batman/
https://movieweb.com/the-batman-jayme-lawson/
https://deadline.com/2019/12/sundance-film-festival-premieres-lineup-taylor-swift-viggo-mortensendee-rees-go-gos-full-list-1202800556/
https://io9.gizmodo.com/the-batman-just-added-an-intriguing-new-character-1839784497
https://web.archive.org/web/20191112032034/https://io9.gizmodo.com/the-batman-just-added-an-intriguing-new-character-1839784497
https://www.imdb.com/name/nm11123883/ 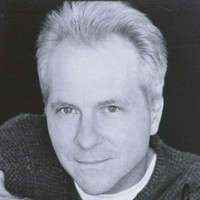