Born in St. Francisville, Missouri, Wilsey rode in Wild West shows and rodeos before he became an actor. His first film was Rarin' to Go (1924). Wilsey's career as an actor diminished as sound films increased in popularity, causing him to become a stunt performer. A January 29, 1940, newspaper article reported that he had performed 6,000 stunts up to that time.

The contents of this page are sourced from Wikipedia article on 14 May 2021. The contents are available under the CC BY-SA 4.0 license.
View Jay Wilsey 's image gallery
Image Gallery 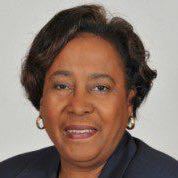