Jay Tummelson is the founder of Rio Grande Games.

Jay Tummelson was the top-ranked RPGA Judge, when Don Bingle and Linda Bingle brought him on as a third owner of their company 54°40' Orphyte after they purchased the product rights for Pacesetter Ltd's games.:199 Tummelson met Darwin Bromley of Mayfair Games through his connection with 54°40' Orphyte, and joined Mayfair in 1995, spending the next two years licensing German games under the direction of Bromley so that Mayfair could produce new American versions; under Tummelson, German classics such as Grand Prix, Modern Art, Manhattan, Streetcar, and The Settlers of Catan were published in the United States for the first time in 1996.:170 After Tummelson was laid off from Mayfair, he founded Rio Grande Games in 1998, which became the major publisher of eurogames in the United States for many years,:170 by taking the approach of using the same artwork and components as the original games and sharing the cost of printing with the European publishers. Tummelson sold his shares in 54°40' Orphyte sometime after founding Rio Grande Games, leaving the Bingles once more in sole charge of their company.:199 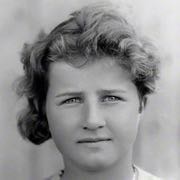