Chang Joon "Jay" Kim (Korean: 김창준; Hanja: 金昌準; born March 27, 1939) is a Korean-American politician and former member of the U.S. House of Representatives from California and ambassador for Korean-American relations. He was the first Korean American to be elected to the United States Congress.

Kim was born in Seoul, South Korea. During the Korean War, his home was destroyed. He immigrated to the United States in 1961, where he graduated from the University of Southern California, earning bachelor's and master's degrees in civil engineering. He later earned a doctorate in political science from Hanyang University.

Kim was elected to the city council of Diamond Bar, a newly incorporated suburb of Los Angeles, in 1990 and was elected mayor the following year.

Kim was elected to the House of Representatives in 1992 as a Republican from the newly created 41st District, making him the first Korean American elected to the United States Congress.

After being defeated for renomination in 1998, Kim sought to win election in the 42nd District in 2000. He was defeated in the primary by Elia Pirozzi, who in turn was defeated by incumbent Joe Baca.

Kim came under scrutiny for campaign donations, eventually pleading guilty to accepting $230,000 in illegal donations, which amounted to one-third of all donations to his 1992 campaign. At the time, it was a record for campaign violations.

In recent years, Kim has focused on improving relations and business opportunities between the U.S. and South Korea. He has served as chairman of The Washington Korean-American Forum think tank since 2007. As chairman of Kim Changjoon US-Korea Foundation, he uses his political and professional experience to help develop political leadership in South Korea. The Kim Changjoon Politics and Economy Academy in Korea educates and encourages small business owners to go abroad by providing global market skills and professional knowledge.

With the election of President Park Geun-hye in 2013, Kim was appointed to the National Economic Advisory Council to help small business seek opportunities in the global market. Kim has stated that his " position in both the United States and Korea allows me to encourage economic development between our nations, and the new free-trade agreement lets companies… flourish in new markets.". However, not unlike Kim's prior time in elected office, Park was also convicted on public corruption and influence peddling charges, and on 6 April 2018, Park was sentenced to 24 years in prison in South Korea.

Kim also regularly contributes articles to The Korea Times, JoongAng Ilbo, and Korea Economic Daily, and is the honorary Ambassador of Gyeonggi Province.

The contents of this page are sourced from Wikipedia article on 30 Mar 2020. The contents are available under the CC BY-SA 4.0 license.
View Jay Kim 's image gallery
Image Gallery 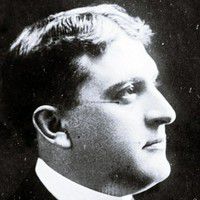