Maharani Kishori, wife of Maharaja Suraj Mal, who had adopted Jawahar Singh, was adept at political intrigues. She was pained to see that Jawahar Singh was not adopting a favourable policy towards the members of the family and the nobles. She knew that only keeping him engaged in warfare could control him. She also knew that the Rajputs of Jaipur could never tolerate this abrupt rise of Jat rule and would always resist the latter's efforts to gain power. The solution for both the problems lay in war.

Maharani Kishori expressed her desire to her proud son that she wanted to go for a sacred bath at Pushkar. Jawahar Singh pointed out that Pushkar was situated in the territory of his eternal and deadly foe, Madho Singh, who would not tolerate her arrival at Pushkar with a large retinue, and advised her that if at all she were keen to go for Pushkar bath, she would go with only a few followers and Rupa Ram the Purohit.

The Rani retorted by saying that she was the mother of Jawahar Singh, and the Rani of Maharaja Suraj Mal and taking a bath like Marwari women would hurt her pride, and that she would like to take her bath along with the Rajput Ranis there.

The battle of Mandoli followed the growing enmity between Jat Rajah of Bharatpur and Madho Singh of Jaipur state.Jawahar Singh the ruler of Bharatpur state had defeated his step brother Nahar Singh earlier thus making him escape to the nearby Jaipur state in refuge.The insult meted out at himself made Nahar Singh desperate.Hence he succumbed to death by poisoning himself leaving his widow behind in the Jaipur state.Jawahar now demanded his widow, who is described by Jadunath Sarkar as one of the most beautiful women on the earth.But, the Kachwaha ruler Madho Singh refused.This made Jawahar furious.Further Jawahar was also keeping his eyes upon the Narnol district, which was a territory of Jaipur state.The Jats along with their Sikh allies had made several incursion into the Jaipur state and their unchecked aggression made Madho Singh intrigue against Jawahar and the Bharatpur state.

In 1767, Jawahar Singh allied with the ruler of Marwar state; Vijay Singh and aggrement was signed between them to oust the Marathas, who were making raids in the Rajputana following their defeats at the hands of Ahmed Shah Abdali in 1761.The meeting between the two was not liked by the Madho Singh, who according to Jadunath Sarkar was proud of his ancestry and considered Jats to be of low origin.Thus, he in his letter to Vijay Singh made personal comments against Jawahar Singh, the Jat ruler vis a vis his "low origin" and advised Vijay Singh to step aside and break the agreement.

Jawahar thus attacked the villages of Jaipur in revenge and looted them besides molesting the villagers.The Kachwaha army followed them and at Mandoli, which was the last station of the Jaipur state and was located near to the frontiers of Bharatpur state, the war broke out.The Rajput artillery had lagged behind giving the Jats initial success.But, later they escaped into their territory after fierce battle which resulted in heavy casualties from the both sides.According to Sarkar, Rajputs gave formidable challange to the Jats but lost most of their important generals with death toll on their side reaching 2000-3000.This had happened due to superior artillery of the Jats and the presence of french led sepoys of Samru and Madec.

The Rajputs under Madho Singh then decided to invade the Bharatpur state given the heavy casualties on their sides due to Jats.They thus made intrusion into the Bharatpur and a sanguinary fight followed.The Rajputs later departed due to arrival of fresh contigent of 20,000 Sikhs, who were employed by Jawahar Singh.The battle had long lasting effect on the two states.Madho Singh died in the following year due to injuries and tiredness he had in this battle on the other hand Jawahar Singh was assassinated by one of his own trusted serviceman.

The contents of this page are sourced from Wikipedia article on 25 Aug 2020. The contents are available under the CC BY-SA 4.0 license.
comments so far.
Comments
From our partners
Sponsored
Reference sources
References
https://books.google.co.uk/books?id=AR5uAAAAMAAJ&q=%22Rani+Gauri,+she+originated+from+Gori+Rajput+clan+of+Amahand+and+was+the+mother+of+Jawahar+and+Ratan+Singh%22&dq=%22Rani+Gauri,+she+originated+from+Gori+Rajput+clan+of+Amahand+and+was+the+mother+of+Jawahar+and+Ratan+Singh%22&hl=en&sa=X&ved=0ahUKEwihr42k-JfpAhVUlFwKHWJ0BPUQ6AEIJjAA
https://books.google.co.in/books?id=O0oPIo9TXKcC&printsec=frontcover&dq=History+of+Jaipur+by+Jadunath+Sarkar&hl=en&sa=X&ved=
//www.google.com/search?&q=%22Jawahar+Singh%22+site:news.google.com/newspapers&source=newspapers
//scholar.google.com/scholar?q=%22Jawahar+Singh%22
https://www.jstor.org/action/doBasicSearch?Query=%22Jawahar+Singh%22&acc=on&wc=on
Trending today in 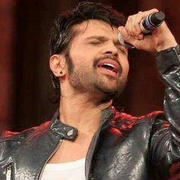 Member of the legislative assembly 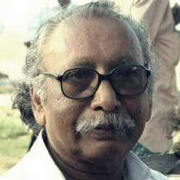