He represented both Barcelona and Real Madrid, also having notable spells with Benfica and Olympiacos, and was named as the youngest player on Pelé's FIFA 100 list of the 125 greatest living footballers in 2004. Due to his ancestry he also holds Spanish nationality since 2004, and he amassed La Liga totals of 196 games and 70 goals over the course of eight seasons; he started and finished his career at River Plate.

Saviola won league titles in Argentina, Spain, Portugal and Greece during his playing career, as well as a UEFA Cup. An Argentine international for seven years, he represented his country at the 2006 World Cup and the 2004 Copa América, where Argentina reached the final. He also won a gold medal at the 2004 Olympics in Athens.

Nicknamed El Conejo (The Rabbit), Buenos Aires-born Saviola made his debut for Club Atlético River Plate at the age of 16, and went on to be a prolific goalscorer for the club.

He helped River to the 1999 Apertura and 2000 Clausura championships, and earned the 1999 South American Footballer of the Year award. Still only 18, he gained a reputation as a phenomenal prospect, and was even regarded as a potential heir to Diego Maradona, in particular after he broke the latter's 1978 record by becoming the youngest player to win the Golden Boot award.

In 2001, aged 19, Saviola moved abroad to play for FC Barcelona in a £15 million transfer. He obtained Spanish citizenship shortly after, thereby not being restricted by the Spanish league maximum on the number of non-European Union citizens allowed in each team; under coach Carles Rexach, he scored 17 goals in his first season, finishing joint-fourth top scorer in La Liga.

Saviola's second year at the Camp Nou did not start well, as he only scored two goals in the first half of the season. Radomir Antić became the new coach after Louis van Gaal was fired, and he went on to net 11 goals in the latter half of the campaign; Frank Rijkaard was subsequently appointed as new manager for 2003–04, and the player scored 14 times in the league alone, but was deemed surplus at the club as longtime attacking partner Patrick Kluivert.

Saviola was sent on loan in the summer of 2004, moving to AS Monaco FC in Ligue 1. As he did not fit into Rijkaard's plans he was again loaned out the following year, this time to Sevilla FC who were seeking to replace Real Madrid-bound Júlio Baptista; with the Andalusians he won his first title in Europe, conquering the UEFA Cup — he also scored nine times in the league, good enough for fifth.

Saviola returned to Barcelona for 2006–07, playing in 18 league games, six as a starter, and netting five goals. He benefited greatly from injuries to teammates, most notably to Samuel Eto'o, and added five in as many matches in that season's Copa del Rey, notably a hat-trick against Deportivo Alavés (3–2 win at home, 5–2 aggregate).

On 10 July 2007, Real Madrid signed Saviola after his Barcelona contract expired, on a three-year deal. Although on a financially lucrative contract, he endured a difficult time at Real, being mainly restricted to cup matches and sporadic appearances (mainly as a substitute) in the league and the UEFA Champions League.

The arrival of Klaas-Jan Huntelaar limited Saviola's opportunities even more, and he finished his Real Madrid spell with five goals in 28 overall appearances.

On 26 June 2009, S.L. Benfica and Real Madrid agreed on a €5 million deal that would see Saviola play in Portugal for the next three years, with an option for one more; a €30 million clause was added. On 16 July, he scored two goals to send his team into the Guadiana Trophy finals after defeating Athletic Bilbao.

Saviola netted twice on 22 October 2009, guiding his side to a 5–0 victory over Everton for the UEFA Europa League (he would also score in their 2–0 win in Liverpool in the second match), adding another brace four days later in a 6–1 routing of C.D. Nacional for the Primeira Liga.

On 6 December 2009, Saviola scored through a chip shot against Académica de Coimbra in a 4–0 home win. On 20 December he netted the game's only goal as Benfica defeated rivals FC Porto at home; during the victorious campaign, he formed a deadly attacking partnership with Paraguayan Óscar Cardozo, with the pair combining for more than 50 goals overall.

On 3 January 2010, shortly before receiving the SJPF Player of the Month award, Saviola scored another winning goal against Nacional, now for the Taça da Liga, again being the game's only scorer in an away defeat of Rio Ave FC, netting in the 48th minute. He scored his 19th goal overall in a 3–1 home triumph against F.C. Paços de Ferreira on 7 March, and the Lisbon club was eventually crowned league champions after a five-year wait.

In the last hours of the 2012–13 summer transfer window, Saviola agreed on a move to Málaga CF. He played 45 minutes in his first appearance, a 1–0 win at Real Zaragoza on 1 September.

On 15 September 2012, Saviola scored once and provided one assist in a 3−1 home win against Levante UD. He continued with his streak the following game, Málaga's first-ever in the Champions League group stage, netting in a 3–0 home win over FC Zenit Saint Petersburg.

On 25 July 2013, Saviola signed a two-year contract with Greek champions Olympiacos FC. He scored his first goal in the Superleague on 25 August, coming on at half-time and helping his team come from behind to win 2–1 at home to Atromitos F.C. On 10 December he netted a brace – and also missed a penalty – in a 3–1 success over R.S.C. Anderlecht also at the Karaiskakis Stadium in the group stage's last round, which helped the Piraeus team finish second and qualify at the expense of former side Benfica.

On 2 September 2014, Saviola joined Serie A club Hellas Verona FC. He made his official debut on 22 September, starting in a 2–2 home draw against Genoa CFC, and scored his first goal on 2 December, netting the only in a home win over Perugia Calcio for the Coppa Italia. His sole goal of the league season came on 25 January 2015, the only one in a home victory over Atalanta BC.

On 30 June 2015, River Plate announced that Saviola had returned to the club. He left in January of the following year, after failing to find the net in his second spell, and subsequently retired from professional football at the age of 34.

Immediately after retiring, Saviola settled in Andorra with his family and was appointed assistant manager at FC Ordino in the Primera Divisió. In February 2018, he joined local futsal team Encamp. In April of that year, he won the principality's futsal league with the side.

Saviola starred in the 2001 edition of the FIFA U-20 World Cup, held in Argentina. He was top scorer and was voted player of the tournament, as the national team won the competition; with 11 goals in seven games, he became the record goal-scorer in the tournament's history.

Two years later, Saviola played in the 2004 Olympic Games and won the gold medal. Under coach Marcelo Bielsa he was given few playing opportunities for the senior team but, after the former's resignation in 2004, new manager José Pekerman, who also worked with him at youth level, turned the tide in the player's favour; he was also a member of the squads that reached final of the 2004 Copa América and the 2005 FIFA Confederations Cup, netting three times in the former tournament and one in the latter.

Saviola was called up to represent Argentina at the 2006 World Cup – Luciano Figueroa and Luciano Galletti were also in contention for a place on the roster, but his excellent form for Sevilla secured his place in the squad. He scored against Ivory Coast in the country's opening game, and made two assists in the 6–0 victory over Serbia and Montenegro also in the group phase.

Saviola retired from international football on 5 December 2009, although not yet 28. He stated that he felt his career as an Argentina player had come to an end, and that he wanted to concentrate on club football.

Saviola was known for his speed, agility, dribbling and ability to score from almost any attacking position on the field. A diminutive, talented, and prolific forward, he was capable of playing as a striker, in a more creative role as a second striker, or even in a playmaking role as an attacking midfielder. Throughout his career, Saviola was nicknamed El Conejo (The Rabbit, in Spanish), due to his appearance, and also El Pibito (The Little Kid, in Spanish), a reference to compatriot Diego Maradona, who was nicknamed El Pibe de Oro (The Golden Kid, in Spanish), and to whom Saviola was often compared in his youth.

Saviola was sponsored by sportswear company Nike, and appeared in commercials for the brand. In a global advertising campaign in the run-up to the 2002 World Cup in Korea and Japan, he starred in a "Secret Tournament" commercial (branded "Scopion KO") directed by Terry Gilliam, appearing alongside footballers such as Luís Figo, Thierry Henry, Hidetoshi Nakata, Roberto Carlos, Ronaldinho, Ronaldo and Francesco Totti, with former player Eric Cantona the tournament "referee". 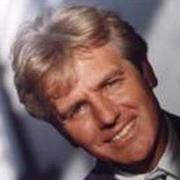