Javier 'Javi' Salamero Marco (born 26 June 1971) is a Spanish retired footballer who played as a defender, and a current manager.

Salamero was a director of football in Girona FC, arriving in 2005, when the Catalans were in the fourth division, and helping the club to achieve two successive promotions. In May 2009, he was appointed the club's new manager, replacing Raül Agné. With only two matches in charge, Salamero saved the club from relegation.

In September 2010, Salamero decided to leave Girona. In 2011 summer, he was appointed the new manager of CE Farners, in the fifth division. On 25 March 2012, he was called back to Girona, replacing Josu Uribe. Salamero saved the club again, but rescinded with the club after the end of the season.

On 14 October, Salamero was appointed the Gimnàstic de Tarragona's new manager, replacing fired Kiko Ramírez. Despite leading the club to an impressive improval of form, Salamero's contract was not renewed and he was released at the end of the season.

On 3 July 2013, Salamero was appointed CE Sabadell FC manager. He was relieved from his duties on 28 November, with the club in the relegation places.

Martín Cortés, 2nd Marquis of the Valley of Oaxaca 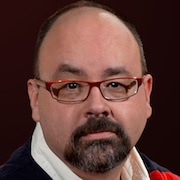