Sam Vogel, better known by his stage name Jauz (/dʒɔːz/ JAW-z), is an American DJ and electronic dance music producer based in San Francisco, United States. He founded his own label, Bite This, in 2017.

Vogel grew up in Northern California. He began playing guitar and producing electronic music on his computer at the age of 15. He went to Icon Collective music production school. He previously went to a film school in Loyola Marymount University before deciding to pursue a musical career, prompting him to enroll in Icon Collective. He began releasing future house tracks before adopting the stage name Jauz. His career kickstarted when fellow musician Kennedy Jones had played one of his remixes. Jones also had introduced him to his manager, Moe Shalizi which helped Vogel to release music on Borgore's record label, Buygore.

Before starting his professional career, he used "Escape Dubstep" as a stage name. He later used 'Jauz' because he thought it was short, simple and catchy despite hating the word. The name was also described by Vogel as a slang word for 'bullshit' and a liar. He started his career by uploading remixes. His songs caught the attention of well-known DJs such as Diplo, Skrillex and Borgore.

He released the single "Feel the Volume" via Diplo's record label, Mad Decent.

He also founded the record label Bite This on November 6, 2017. 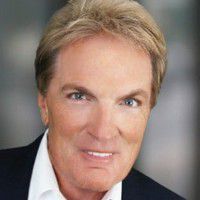