Jason Victor Cundy (born 12 November 1969) is an English former footballer who played as a defender and radio broadcaster. He presents The Sports Bar on talkSPORT, Jason Cundy Kicks Off on London Live as well as commentating and presenting for Chelsea TV. Cundy was also the co-founder of the classic section of the Sports Bar “Turnip of the Week”.

Cundy is remembered for the "freak" goal that he scored against Ipswich Town in a Premiership match for Tottenham, in 1992–93. In an attempt to kick the ball 40 yards from goal, he slipped and managed a wind-assisted effort that ended up flying over 'keeper Craig Forrest and into the back of the net. The goal was captured live on Sky Sports and put Spurs 1–0 up, in a match that finished 1–1.

Cundy was forced to retire in 2000 due to a knee injury, and subsequently became a presenter on talkSPORT, regularly appearing with Ian Danter and Alvin Martin on Football First, between 12:00pm–5:00pm. He also occasionally co-hosted Evening Kick-Off, subbing in for any regular member, while appearing regularly as a presenter/pundit on Chelsea TV. He currently co-hosts Andy Goldstein's Sports Bar with Andy Goldstein weekdays. Cundy is popular for nightly feature 'Wheel Of Cundy' in which he tells a story about a sometimes named and sometimes anonymous footballer he has played with throughout his career.

In June 2015, Cundy married Hannah Pedley, a mezzo-soprano, they have a son.

He had previously been married to Lizzie Cundy. They married in 1994, but they separated in 2010, and divorced in December 2012. They have two children together.

On Saturday, 18 October 2008, Cundy went on holiday and was unavailable to do TalkSport show, and TalkSport radio DJ Andy Goldstein erroneously reported that he had died after falling off a boat and drowning. The report, which Goldstein later admitted was meant as a joke, resulted in several fans of Chelsea Football Club putting down flowers outside Stamford Bridge the following day.

In 2011, Cundy made a brief appearance on Michael Bublé: Home for Christmas, a Christmas programme presented by Canadian singer Michael Bublé.

Cundy has spoken out in support of the charity Act Against Bullying.

The contents of this page are sourced from Wikipedia article on 28 May 2020. The contents are available under the CC BY-SA 4.0 license.
comments so far.
Comments
From our partners
Sponsored
Reference sources
References
https://www.soccerbase.com/players/player.sd?player_id=1826
https://www.operamusica.com/artist/hannah-pedley/#biography
http://www.express.co.uk/travel/articles/721343/lizzie-cundy-celebrity-traveller-interview-favourite-holidays
http://www.express.co.uk/dayandnight/289063/Lizzie-Cundy-on-form
https://www.standard.co.uk/showbiz/celebrity-news/from-wags-to-riches-lizzie-cundy-is-having-the-time-of-her-life-8731247.html
https://web.archive.org/web/20090619053944/http://www.mirror.co.uk/sport/football/2008/10/20/talksport-dj-s-sick-joke-backfires-as-chelsea-fans-lay-tributes-at-stamford-bridge-for-dead-jason-cundy-115875-20820782/
https://web.archive.org/web/20090216004327/http://actagainstbullying.com/events/AAB%20Cup%202007.htm
http://actagainstbullying.com/events/AAB+Cup+2007.htm 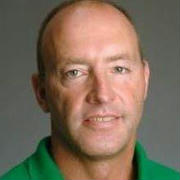