Jaroslav Erik Frič (August 14, 1949, Horní Libina by Šumperk) is a Moravian poet, musician, publisher and organizer of underground culture festivals.
He studied the primary and secondary schools in Ostrava; there he also spent a year learning English, Russian, French and Italian at a language school. In 1968, he travelled through the Western Europe immediately after the exams, spending most of the time in England and Scotland. During this time, he earned money for example as a busker. He returned to occupied Czechoslovakia and studied English and philosophy, at first in Olomouc (Palacký University), then in Brno (Masaryk University). He graduated in 1974. Not willing to collaborate with the communist regime in any way, he worked as a waiter until the 1989 revolution.
In 1969, Frič started to publish in samizdat, together with fellow poets Petr Mikeš and Eduard Zacha, in Ostrava and then in Olomouc. His edition, after a theologist and another poet Rostislav Valušek joined them, turned into a line of books called Texty přátel (Texts by Friends). In 1973 Frič, together with Jiří Frišauf and Jiří Kuběna, founded an "apartment scene" Šlépěj v okně and then, in Brno, and later also in Vranov nad Dyjí and Podhradí, published samizdats for his closest friends; mainly the works of Josef Šafařík, Jiří Kuběna and also literature almanachs, usually in 5 - 10 copies.
In 1991 he founded a publishing house Votobia which, after several other people joined in, moved from Vranov to Olomouc. However, he left Votobia after two years and founded a publishing house named Vetus Via in Brno. Since 2000 he organises a Brno festival of poetry Potulný dělník (The Wandering Worker). He also founded two non-governmental organizations: Proximus (2002; "to support people who belong to minorities, mainly racial, ethnical and religious ones, and to support people handicapped socially or by health") which is connected to the depths of Czech traditions and culture and which organises many festivals and other projects (such as Uši a vítr (Ears and Wind) which take place every Thursday and introduce poets and musicians; and Christiania (2006; "for support of culture, national memory and minorities" ). He works as a chief editor of BOX ("biannual revue for word-picture-sound-movement-life") and Uši a vítr (a monthly newspaper of Potulná Akademie (The Wandering Academy)). He also writes for Český rozhlas which broadcast three screenplays written by him. Since 2006 he started to perform as a busker again. Recently he started to write a daily blog. Jaroslav Erik Frič lives mainly in Brno. 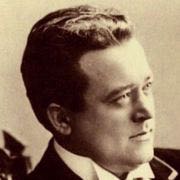 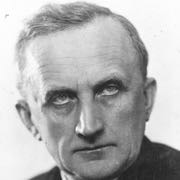