Jared Genser is an international human rights lawyer who serves as managing director of the law firm Perseus Strategies, LLC. He is founder of Freedom Now. Genser is a Senior Fellow at the Raoul Wallenberg Centre for Human Rights, was an Associate of the Carr Center for Human Rights Policy at Harvard University from 2014–2016, a Visiting Fellow with the National Endowment for Democracy from 2006–2007, and earlier in his career was named by the National Law Journal as one of "40 Under 40: Washington's Rising Stars."

Genser began his career as a management consultant with McKinsey & Company. He later joined DLA Piper, where he was elected a partner. In 2011, he left DLA Piper to found Perseus Strategies, a human-rights law firm. Genser has served as an adjunct professor of law at Georgetown University Law Center, University of Michigan Law School, and University of Pennsylvania Law School. In June 2014 it was announced he would partner with the PR firm Levick in regard to "the international and local media narrative" surrounding the Nigerian government's efforts on the Chibok schoolgirls kidnapping.

Genser is the author of The UN Working Group on Arbitrary Detention: Commentary and Guide to Practice. He was also a co-editor with Canadian Member of Parliament Irwin Cotler for The Responsibility to Protect: The Promise of Stopping Mass Atrocities in Our Time and with former Minister of Foreign Affairs of Costa Rica Bruno Stagno Ugarte for The UN Security Council in the Age of Human Rights.

Other activities and awards

Genser is a life member of the Council on Foreign Relations and a Fellow of the Royal Society of Arts. He was elected in 2008 as a Fellow to the British American Project. In 2009 he was elected as a Delegate to the Asia Society's Asia 21 Young Leaders Summit and also as a U.S.-Japan Young Leadership Fellow. Genser was a Young Global Leader of the World Economic Forum from 2008-2013 and a Member of the World Economic Forum's Global Agenda Council for Human Rights (2010-2011). In 2011, he was selected among the Young Leaders of the French-American Foundation. He is a recipient of the Charles Bronfman Prize and Liberty in North Korea's Freedom Fighter Award. In addition to being qualified to practice law in Maryland and the District of Columbia, he is also a Solicitor of England & Wales. 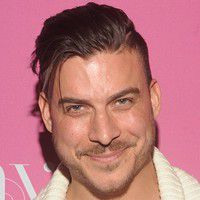