Jannik Sinner (born 16 August 2001) is an Italian tennis player. Sinner has a career high ATP singles ranking of world No. 78, achieved in November 2019.

Sinner won his first ATP Challenger singles title in Bergamo in February. By doing so, he became the first person born in 2001 to reach a Challenger final. He followed that up with several ITF Futures titles in Italy. In April, he qualified into his first ATP tournament, the Hungarian Open, where he notched his first ATP tour level win over Mate Valkusz. The next week, he reached his second career ATP Challenger final in Ostrava, eventually falling to Kamil Majchrzak. In May, he notched his first ATP Masters level victory at the Italian Open in Rome, prevailing over American Steve Johnson. In early August, he picked up his second ATP Challenger singles title in Lexington. Later on that month, he qualified for his first Grand Slam by winning three matches at the US Open qualifying tournament. In October, he received a wild card into the European Open and became the youngest male tennis player in 5 years to reach the semifinal of an ATP tournament. Along the way, he knocked off top seeded Gael Monfils, notching his first career victory over a top 50 player. Later on that month, he received another wild card into the Vienna Open. After winning his opening match, he jumped into the top 100 for the first time in his career. This same week, the field for the 2019 #NextGenATP Finals was announced, with Jannik being the Italian wild card at the Milan event. On November 9, 2019, he became the third and youngest winner of NextGen, after beating Alex de Minaur 4-2, 4-1, 4-2.

Current through the 2019 Vienna Open.

The contents of this page are sourced from Wikipedia article on 27 Dec 2019. The contents are available under the CC BY-SA 4.0 license.
View Jannik Sinner 's image gallery
Image Gallery 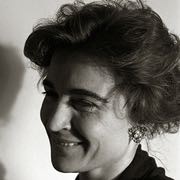