Jang has won seven singles and seven doubles titles on the ITF Women's Circuit. On 12 June 2017, she reached her career-high singles ranking of world No. 120. She peaked at No. 218 in the doubles rankings on 7 March 2016.

Her most successful performance to date came at the 2013 KDB Korea Open, where she reached the quarterfinals with a three-set win over Ons Jabeur of Tunisia.

Jang had a good career as a singles junior player, reaching her highest ranking in that category as world No. 68. Her best junior Grand Slam tournament was at the 2011 US Open, where she reached the third round. Her lone junior singles title was the Yangdu International Junior Championships title (Gangwon, 2008).

She won her first ITF Women's Circuit title in Bundaberg, Australia on 30 March 2013, winning the doubles title with Lee So-ra. The pair defeated Miki Miyamura and Varatchaya Wongteanchai in the final.

The contents of this page are sourced from Wikipedia article on 26 Jun 2020. The contents are available under the CC BY-SA 4.0 license.
comments so far.
Comments
From our partners
Sponsored
Reference sources
References
https://www.wtatennis.com/players/317065/su-jeong-jang
https://www.itftennis.com/procircuit/players/player/profile.aspx?playerid=100133356
https://www.fedcup.com/en/players/player.aspx?id=800297199
Trending today in 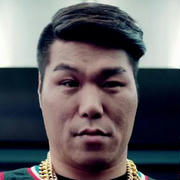