Janette Manrara (born November 16, 1983) is an American professional dancer and choreographer from Miami, Florida. Originally a Salsa dancer, learning from her Cuban family, she formally studied dance from the age of 19. Manrara is best known for her appearances on the US series So You Think You Can Dance and British Ballroom Reality Television competition, Strictly Come Dancing.

In 2009 Manrara began a short-lived relationship with fellow So You Think You Can Dance contestant Jason Glover.

So You Think You Can Dance

Manrara originally auditioned for the Fourth season of 'So You Think You Can Dance', however, failed to make it through to the top 20. She auditioned again in season 5 and successfully made it through to the top 20 where she was paired with contemporary dancer Brandon Bryant. Like Manrara, Bryant had made it through Las Vegas week during Season 4, only to be cut during the Top 20 selection. During her time on the show, Janette received much praise from the judges; both Mia Michaels and Nigel Lythgoe said that Janette was their favorite female dancer that season, and Lythgoe went on to say he hoped she would win the entire competition. An Argentine Tango she performed with Bryant was the first dance on Season 5 to receive a standing ovation from the judges. However, Manrara was eliminated during week 7, along with contemporary dancer Jason Glover.

In 2013 Manrara became a professional dancer on British TV show Strictly Come Dancing. Her first celebrity partner in the 11th series was fashion designer Julien Macdonald; they were the third couple to be eliminated. She returned for the 12th series and partnered actor Jake Wood, with whom she made it to the Semi-Finals and finished in 5th place overall. For the 13th series she was paired with TV Personality Peter Andre; they were the 9th couple to be eliminated. As well as her main series appearances Manrara has also taken part in one off specials of the show. In 2013 she performed a Quickstep with actor Ricky Norwood on the Christmas special. In 2014 Manrara scored a maximum of 40 points in 'The People's Strictly for Comic Relief' for an American Smooth with, 'Kidz R us' founder, Phillip Barnett. Manrara took part in the 2016 'Strictly Come dancing Live tour' with her series 12 partner Jake Wood. For series 14 she was partnered with radio DJ Melvin Odoom. They were the first couple to be eliminated after receiving the fewest number of public votes, there was no dance off due to fellow competitor Anastacia's injury. Odoom and Manara will reprise their partnership in the 2016 Christmas special, she also danced with canoeist Joe Clarke in the 2016 Children in Need special.

Following her appearance on So You Think You Can Dance Manrara joined, Musical TV series, Glee as a principal dancer. She also made her "Burn the Floor - West End" debut at the Shaftesbury Theatre in London, England on July 21, 2010. Additionally, she was part of the Burn the Floor US cast, which toured the United States from late 2010 through May 2011. 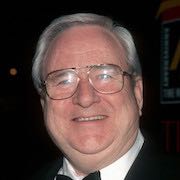 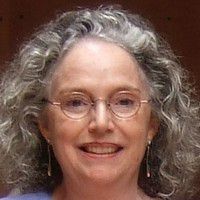