Janet Treasure (born 1952), OBE PhD FRCP FRCPsych, is a British psychiatrist, who specialises in research and treatment of eating disorders. She is currently the director of the Eating Disorder Unit and Professor of Psychiatry at the Institute of Psychiatry, King's College, London. In early 2013 she was awarded Officer of the Order of the British Empire (OBE) for Services to People with Eating Disorders.

Janet became a Medical Research Council (MRC) training fellow at the Institute of Psychiatry, King's College London, in 1984. Three years later in 1987 she became a lecturer in Psychiatry, and in 1989 she was made senior lecturer jointly with KCL and the South London and Maudsley NHS Foundation Trust(SLaM). She was awarded a professorship in Psychiatry at KCL in 2000, which she continues to hold today, alongside her position as director of the Eating Disorder Unit in SLaM.

Treasure holds, or has held, the following posts:

Treasure is a specialist in the treatment of eating disorders, having made great headway in the both research and treatment, and publishing around 300 peer-reviewed research articles. Her research mainly focusses on the relationship between disorder behaviour and the brain, with the overall aim of developing new treatments. This work has been carried out with patient input, often inspired by patients and their families, whilst also working with various international teams. Her current research unit is investigating and developing all aspects of eating disorders treatment, biology, and clinical problems. She has previously been a co-coordinator of a multicentre European-wide study that examined the genetic and environmental factors associated with the management of eating disorders, and was also vice-chairman of a European project examining the effectiveness of treatment of eating disorders in over 20 countries.

Treasure is the author and editor of several textbooks on eating disorders: Neurobiology in the Treatment of Eating Disorders, Ed Hoek K, Treasure J, Katzman M (1997) and Handbook on Eating Disorders, Szmukler G, Dare C & Treasure (1995) (edition 1 &2) Wiley and, Owen, Treasure & Collier (2001) Animal Models of Eating behaviour and body composition, Kluwer Academic Publishers, The Netherlands. She has also written numerous self-help books for patients with eating disorders, including Getting better bite by bite for patients with bulimia nervosa and Anorexia nervosa; a survival guide for families, friends and sufferers for parents, teachers and patients about anorexia nervosa.

Treasure is the author of around 300 peer-reviewed journal articles.

In 1984, Treasure was awarded the Gaskell medal from the Royal College of Psychiatrists. In 2004 she was honoured to be awarded the Academy for Eating Disorders (AED) Leadership Award in Research, which honours individuals who have developed new knowledge regarding eating disorders through research over the course of 10 years or more, with a significant and measurable impact on the field. This must have been done either by making strides in the development of the understanding of eating disorder aetiologies, by developing treatments or developing new lines of research. This is an internationally acknowledged and respected award. In 2007, the national eating disorder charity Beat awarded Professor Treasure the Eating Disorders National Award.

The contents of this page are sourced from Wikipedia article on 28 Jun 2020. The contents are available under the CC BY-SA 4.0 license.
View Janet Treasure 's image gallery
Image Gallery 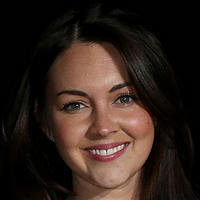 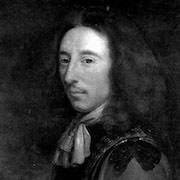