Jane Vialle was born at Ouesso, in what is now the Republic of Congo, was educated in France, and became a journalist for Opera Mundi, a news agency

She joined the French Resistance in 1940 and was arrested in 1943. She was sent to a concentration camp and later to a prison, and escaped from the prison; she was given the Resistance Medal for her exploits. After the war, she became part of the editorial staff of Combat, a newspaper. In 1946 she founded a political party, the Association for Evolution of Black Africa, but it was short-lived. Also in 1946 she was a founder of the Women's Association of the French Union, which she soon became secretary-general of. As such she encouraged the creation of hostels for young women from the French Union who came to study in France.

In 1947 Jane Vialle was elected as conseiller de la République française, then a senator of Ubangi-Shari, for what is now the Central African Republic. She also founded Ubangian's Hope, a workers' cooperative association. In 1948 she was re-elected as a senator. In 1949 she was appointed as a member of the United Nations Ad Hoc Committee on Slavery and the Slave Trade; as such she visited the United States. In 1951 she was granted membership in the National Association for the Advancement of Colored People. Her time as senator ended in 1952, when she was defeated for re-election.

In 1953 she died in a plane crash; she was cited posthumously by the Order of the Nation that year. 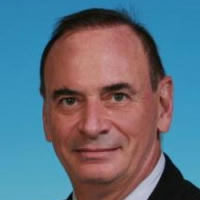 Professor of Finance at Hong Kong University of Science and Technology