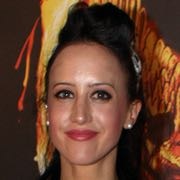 Gazzo graduated from La Trobe University in Melbourne with a Bachelor of Arts degree in Media and Cinema.

It was in her mature teenage years that she joined 3RRR Radio in Melbourne, presenting a Sunday afternoon (4pm-7pm) new music show called Calamity.

She also began contributing stories to the UK's Q Magazine and Dolly Australia under the name Calamity Jane.

She later became a national celebrity in her native Australia as a result of her national radio and TV shows, including Triple J radio's Super Request and Australian Broadcasting Corporation TV's cult, live, three-hour Saturday morning program, Recovery. It was on this TV show that she interviewed some of the world's biggest international bands as they toured Australia.

In 1992, Jane formed a punk band "Rubher" as lead singer. They released 2 eps through Mushroom Records before disbanding in 1996. In May 2018, Jane reformed the group for a one-off show with The Mavis's.

Jane relocated to London, England in 1999 with a box of specially selected records, sharing a flat with The Prodigy founding member and former dancer Sharky.

In London, she originally worked numerous jobs. Representative of these were a summer at the Rough Trade record shop, promotions at Virgin Records and a DJ at Alan McGee's Death Disco.

In 2000 she became a presenter on the London radio station, XFM (Weekend Breakfast). Her time there also included a three-week stint producing Russell Brand on-air before he was sacked by the station for bringing in a homeless man. She later joined its parent station Capital FM, presenting the Capital Top 30 Album Chart Show and The Rock Show.

In 2001 she also briefly worked for Courtney Love, sharing a London house with the former Hole lead singer.

Jane has done reporting from important music festivals and award shows in the United Kingdom and Australia, including Glastonbury Music Festival, Reading Music Festival, the BRIT Awards, The Metal Hammer Awards, The NME awards and the Mercury Music Awards, and in 2004 she was invited to be a judge at the Sony Radio Academy Awards.

Her presenting work has also led to involvement with charities. In February 2006 she hosted the first ever Cancer Research UK "Rock Memorabilia" auction at Abbey Road Studios helping to raise £130,000.

In a 23 May 2005 article in The Independent (UK), Jane Gazzo's Dream Ticket radio show was mentioned in a characterisation of BBC Radio 6 Music as:

The best thing is Dream Ticket, where you imagine you're at some of the greatest gigs ever. …

In 2006 Jane presented pre-recorded music shows on VH-2 TV in the UK as well as the 'Download' in-flight radio show on Emirates Airlines (described as "the best modern rock and alternative from some of today's top bands").

Jane DJ'd at various festivals and venues around the UK including All Tomorrow's Parties music festival in Camber Sands as well as Death Disco, Camden Lock, Keston Lodge, Latitude Festival and Defectors Weld venues in London.

Return to Australia in 2007

In May 2007 Jane returned to Australia to join Foxtel music Channel V as daily presenter and VJ. She co-hosted the 'whatUwant' daily request show, as well as artist and festival specials. Her first major broadcast for Channel [V] was presenting the network's Live Earth coverage from Sydney Football Stadium on 7 July 2007. She has also presented from the Homebake festival, Splendour in the Grass, the ARIA Awards red carpet, Sound Relief and the Big Day Out.

She was voted No. 24 Sexiest Woman in the World by Australian FHM Magazine in June 2009.

From late 2010, Jane became a co-host on Channel [V]'s The Riff. She shared the presentation job with Danny Clayton, Billy Russell and Kyle Linahan (later replaced by Carrissa Walford.) The programme was broadcast weekly on Saturday mornings. She also hosted the daily music news programme "WTF" three times a week.

On 16 June 2012, Gazzo moved to Max, a 24-hour music platform on Foxtel as a full-time host and VJ, presenting countdowns and interviews.

In February 2015, Jane was appointed morning presenter on Triple M in Melbourne. She also hosted the national Australian music show "Homegrown" and the syndicated celebrity show "My Generation". After 3 years, Gazzo left the station to concentrate on freelancing media work.

In August 2019, Jane was chosen as the opening DJ for Hugh Jackman, on the Melbourne leg of his Australian concerts at Rod Laver Arena, playing 6 shows as his main support act.

Her first book, a biography of Australian singer John Farnham, John Farnham: The Untold Story, was released in February 2015 through Random House.

Gazzo was born and raised in Melbourne and is the daughter of a Melbourne clothes designer.

Since 2015, Jane has served on the board of management for government youth organisation The Push.

In 2017, Jane was appointed Chair of the Music Advisory Board for the Australian Music Vault at the Arts Centre, Melbourne. [5] [6] [7]

She is related to the late American actor, Michael V. Gazzo.

In June 2011 and 2012 Gazzo was nominated for Favourite Female Television Personality at the 9th & 10th Annual Astra Awards.

In August 2018 and 2019 Gazzo, along with co-host Phil O'Neil was nominated for an ACRA award for Best Syndicated Radio Program for 'My Generation' on the Triple M network at the 30th and 31st ACRA's.

In September 2019, Jane Gazzo was nominated for the Music Journalist Award at the 2nd Annual Women in Australian Music Awards. 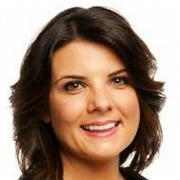 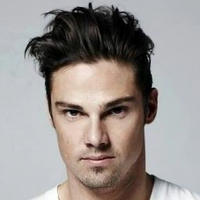 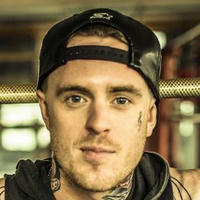 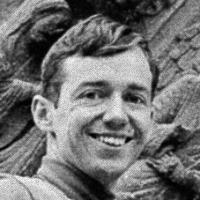