Jane Gaskell is a British fantasy writer. Gaskell was born in 1941, in Lancaster, England. She wrote her first novel Strange Evil, when she was 14. It was published two years later. John Grant has described Strange Evil as "a major work of the fantastic imagination", and compared it to George MacDonald's Lilith and David Lindsay's A Voyage to Arcturus. China Miéville lists Strange Evil as one of the top 10 examples of weird fiction. John Clute called it "an astonishingly imaginative piece of fantasy by any standards."
Gaskell's horror novel The Shiny Narrow Grin (1964) featured a sympathetic, tormented vampire. The Shiny Narrow Grin was described by Brian Stableford as one of the first "revisionist vampire novels", whose most successful exemplar was Interview with the Vampire by Anne Rice. The Shiny Narrow Grin was also listed by horror historian Robert S. Hadji in his list of "unjustedly neglected" horror novels.
Her Atlan saga is set in prehistoric South America and in the mythical world of Atlantis. The series is written from the point of view of its clumsy heroine Cija, except for the last book, which is narrated by her daughter Seka. In 1970 she received the Somerset Maugham Award for her novel A Sweet Sweet Summer (jointly with Piers Paul Read who received it for his Monk Dawson.) A Sweet, Sweet Summer features aliens visiting a violent future Earth; Baird Searles stated the book makes " A Clockwork Orange look like Winnie the Pooh".
From the 1960s to the 1980s, Gaskell worked as a journalist on the Daily Mail. She later became a professional astrologer. 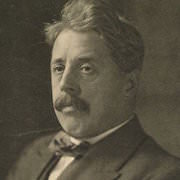