Jane Colden (March 27, 1724 – March 10, 1766) was an American botanist, described as the "first botanist of her sex in her country" by Asa Gray in 1843. Although not acknowledged in botanical publications, she wrote a number of letters resulting in botanist John Ellis writing to Carl Linnaeus of her work applying the Linnaean system of plant identification to American flora, "she deserves to be celebrated". Contemporary scholarship maintains that she was the first female botanist working in America. She was regarded as a respected botanist by many prominent botanists such as: John Bartram, Peter Collinson, Alexander Garden, and Carl Linnaeus. Colden is most famous for her manuscript which remains titleless, in which she describes the flora of the New York area, and draws ink drawings of 340 different species of them.

Colden was born in New York City, the fifth child of Cadwallader Colden, who was a physician who trained at the University of Edinburgh and became involved in the politics and management of New York after arriving in the city from Scotland in 1718, and Alice Christy Colden, referred to as "the capable instructress of her children." She was educated at home and her father provided her with botanical training following the new system of classification developed by Carl Linnaeus. Of his daughter, Cadwallader wrote in a 1755 letter to Dr. John Frederic Gronovius that she possessed "a natural inclination to reading and a natural curiosity for natural philosophy and natural history." He wrote that Jane was already writing descriptions of plants using Linnaeus' classification and taking impressions of leaves using a press. In this letter, Cadwallader sought to gain her a position with Dr. Gronovius sending seeds or samples.

Between 1753 and 1758 Jane Colden catalogued New York's flora, compiling specimens and information on more than 300 species of plants from the lower Hudson River Valley, and classifying then according to the system developed by Linnaeus. She developed a technique for making ink impressions of leaves, and was also a skilled illustrator, doing ink drawings of 340. To many drawings she added pieces of folklore, suggesting medicinal uses for the plant. On January 20, 1756, Peter Collinson wrote to John Bartram that "Our friend Colden's daughter has, in a scientific manner, sent over several sheets of plants, very curiously anatomized after this [Linnaeus's] method. I believe she is the first lady that has attempted anything of this nature." In this instance Colden was recognized as what she is known today by the Dictionary of American Biography, the first female botanist in America. Colden participated in the Natural History Circle where she exchanged seeds and plants with other plant collectors in the American colonies and in Europe. These rounds with the Natural History Circle encouraged Jane to become a botanist. Through her father she met and corresponded with many leading naturalists of the time, including Carolus Linnaeus. One of her descriptions of a new plant, which she herself called Fibraurea, was forwarded to Linnaeus with the suggestion that he should call it Coldenella, but Linnaeus refused and called it Helleborus (now Coptis groenlandica).

In 1756 Colden discovered the Gardenia (the name was later disallowed) named after the prominent botanist Garden. In her manuscript she wrote that this plant was without an Order under the Linnaeus system. In her description Colden wrote, " The three chives only in each bundle, and the three oval-shap'd bodies on the seat of the flower, together with the seat to which the seeds adhere, distinguish this plant from the hypericums; and I think, not only make it a different genus, but likewise makes an order which Linnaeus has not. " The name was not allowed because an English botanist named John Ellis had already named the Gardenia jasminoides to the Cape jasmin, and was entitled to its use because of the conventions of botanical nomenclature. In spite of all of Colden's accomplishments, she was never formally recognized during her lifetime.

A plant sanctuary in her honor was established in the late 1990s at Knox's Headquarters State Historic Site in New Windsor, near where she lived and worked. Colden's manuscript, in which she had ink drawing of leaves and description of the plants, was never named. Colden's original manuscript describing the flora of New York is held in the British Museum. Recently Ricketts and Hall (1963) published transcripts of 57 of Colden's plant descriptions with the drawings and index of the original manuscript. In these they also analyze and evaluate Colden's work. They evaluate that her manuscript drawing consisted only of leaves and these drawings were only ink outlines colored in with neutral tint. However, their analysis did say that her descriptions were "excellent-full , careful, and evidently taken from living specimens." Colden's descriptions include morphological details of flower, fruit, and plant structure, as well as ways on how to use certain plants for medicinal purposes. Some of the descriptions include the month of flowering and the habitat they are found in. Americans did not become aware of Colden's manuscript until 75 years later when Almira Lincoln stated that another female botanist before her was the first American lady to illustrate the science of botany.

Colden's manuscript has a title page which was not originally added by Colden. The title page was added in 1801 by Ernst Gottfried Baldinger, who was a professor at the universities of Jena and Marburg. The title page is written in Latin as "Flora Nov.-Eboracensis," and is translated to "Flora of New York," in English.

Colden married Scottish widower Dr. William Farquhar on March 12, 1759. She died in childbirth only seven years later at the age of 41; the child also died in the same year. There is no evidence that she continued her botanical work after her marriage.

The standard author abbreviation Colden is used to indicate this individual as the author when citing a botanical name.
The contents of this page are sourced from Wikipedia article. The contents are available under the CC BY-SA 4.0 license.
comments so far.
Comments
From our partners
Sponsored
Trending today in 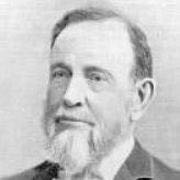