Jan Otto (November 8, 1841, Přibyslav – May 29, 1916, Prague) was a Czech publisher and bookseller. He is most known for Otto's encyclopedia, the largest encyclopedia published in the Czech language.

Otto was the son of a country doctor. In 1862 he began working as a printer. In 1871, Otto took over the printing press from his father-in-law Jaroslav Pospíšil. In 1874 he opened a bookstore on Wenceslaus Square in Prague, but after 1910, he concentrated on publishing. After his death his son and son-in-law took over the company but after lasting troubles, went bankrupt in 1934.

In the 1880s Otto started to work on publishing a complete encyclopedia in the Czech language. Despite many difficulties, he began publication 1888. It was an immediate commercial success, and publishing continued twenty years.

In addition to the encyclopedia, Otto published other successful volumes. Ottova světová knihovna (Otto's world library) and Světová četba (World's reading), containing some 2,000 passages translated into Czech. Laciná knihovna národní was a series of affordable but quality books from Czech authors. Otto also published collections of several authors, Brehm's Life of Animals, and literary newspapers such as Lumír, Zlatá Praha and Světozor. Otto was active in social and political life of Prague society (in 1912 he was named member of upper chamber of regional parliament).

The contents of this page are sourced from Wikipedia article on 04 Apr 2020. The contents are available under the CC BY-SA 4.0 license.
View Jan Otto 's image gallery
Image Gallery 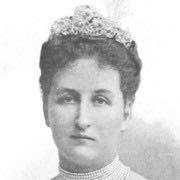