Jan Munk Michaelsen (born 28 November 1970) is a former Danish footballer and head coach of the Denmark under-17 national team. He made 20 international appearances, scored one goal for the Danish national team. He is the son of former Danish footballer, the late Allan Michaelsen.
Starting his career in small Danish clubs, his first major club was AB, where he played 170 matches. He moved on to the Greek club Panathinaikos, for whom he played 100 matches, including numerous appearances in the Champions League. In July 2004, after winning The Double in Greece, he moved to HamKam.
From January 2009, Michaelsen was the head coach for F.C. Copenhagen's 2. Division team. In the 2009–10 season, he was the head coach of F.C. Copenhagen's U17-team. He succeeded Thomas Frank as head coach of the Denmark under-17 national team in 2012. 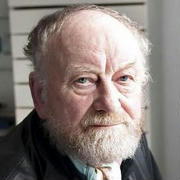