Jan Koum (Ukrainian: Ян Кум; born February 24, 1976) is a Ukrainian American entrepreneur and computer programmer. He is the co-founder and was the CEO of WhatsApp, a mobile messaging application which was acquired by Facebook Inc. in February 2014 for US$19.3 billion.

Koum was born in Kyiv, Ukraine, then in the Soviet Union. He is of Jewish origin. He grew up in Fastiv, outside Kiev, and moved with his mother and grandmother to Mountain View, California in 1992, where a social support program helped the family to get a small two-bedroom apartment, at the age of 16. His father had intended to join the family later, but he never left Ukraine, and died in 1997. Koum and his mother remained in touch with his father until his death. At first Koum's mother worked as a babysitter, while he himself worked as a cleaner at a grocery store. His mother died in 2000 after a long battle with cancer.

By the age of 18 Koum became interested in programming. He enrolled at San Jose State University and simultaneously worked at Ernst & Young as a security tester. He also joined a group of hackers that began in 1996 called w00w00, where he met the future founders of Napster, Shawn Fanning and Jordan Ritter.

In February 1996, a restraining order was granted against Koum in state court in San Jose, California. An ex-girlfriend detailed incidents in which she said Koum verbally and physically threatened her. In October 2014, Koum said about the restraining order, "I am ashamed of the way I acted and ashamed that my behavior forced her to take legal action".

In 1997, Koum met Brian Acton while working at Ernst & Young as a security tester. .

Later in 1997, Koum was hired by Yahoo! as an infrastructure engineer. He quit school shortly thereafter. Over the next nine years, Koum and Acton worked there together. In September 2007 they both left Yahoo! and took a year off, traveling around South America and playing ultimate frisbee. Both applied to work at Facebook, and both were rejected.

In January 2009, Koum bought an iPhone and realized that the then seven-month-old App Store was about to spawn a whole new industry of apps. He visited his friend Alex Fishman and the two talked for hours about Koum's idea for an app over tea at Fishman's kitchen counter. Koum almost immediately chose the name WhatsApp because it sounded like "what's up", and a week later on his birthday, February 24, 2009, he incorporated WhatsApp Inc. in California.

WhatsApp was initially unpopular, but its fortunes began to turn after Apple added push notification ability to apps in June 2009. Koum changed WhatsApp to "ping" users when they received a message, and soon afterwards he and Fishman's Russian friends in the area began to use WhatsApp as a messaging tool, in place of SMS. The app gained a large user base, and Koum convinced Acton, who was then still unemployed, to join the company. Koum granted Acton co-founder status after Acton managed to bring in $250,000 in seed funding.

On February 9, 2014 Zuckerberg asked Koum to have dinner at his home, and formally proposed Koum a deal to join the Facebook board. 10 days later Facebook announced that it was acquiring WhatsApp for US$19 billion.

On April 30, 2018, Koum announced that he was leaving WhatsApp and stepping down from Facebook's board of directors due to disputes with Facebook. It was originally thought that by leaving he was forfeiting his unvested stock, worth almost $1 billion. However, several months later it was discovered that he was still formally employed by Facebook, earning a reported $450 million in stocks from the company through a method called "rest and vest."

Koum dislikes being called an entrepreneur, going so far as to post on Twitter in 2012, "Next person to call me an entrepreneur is getting punched in the face by my bodyguard." He feels that he is not an entrepreneur because entrepreneurs are motivated by the desire to make money, whereas he only wants to build useful products.

In 2017, Koum began posting messages on Facebook in support of U.S. President Donald Trump. In September 2017, he wrote on Facebook, "as somebody who grew up in Soviet Union, Donald Trump couldn't be more right about failures of socialism...".

The contents of this page are sourced from Wikipedia article on 26 Jul 2020. The contents are available under the CC BY-SA 4.0 license.
View Jan Koum 's image gallery
Image Gallery 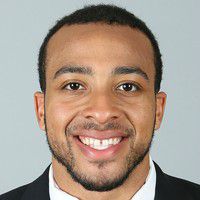