Jan Charouz (born July 17, 1987) is a Czech motor racing driver. He won the 2009 Le Mans Series season and 2006 F3000 International Masters season, as well as taking fourth place in the 2009 24 Hours of Le Mans. In 2010 he was the Renault Formula One team reserve driver and has also competed in the World Series by Renault Formula Renault 3.5 Championship and Auto GP.

On 16 November 2011, Charouz drove for the HRT F1 Team at the Yas Marina Circuit for the Abu Dhabi young drivers' test. After completing 56 laps (311 km), over 4 stints, he finished the day in 11th position with a time of 1’46.644. It was later announced, on 24 November, that Charouz would replace Vitantonio Liuzzi for the first practice of the final round of the 2011 F1 season - the Brazilian Grand Prix. The test in Abu Dhabi allowed Charouz to take part in Brazil because it secured him his FIA Super Licence - meaning he could take part in an F1 Grand Prix weekend.

Charouz participated in the 2010 World Series by Renault Formula Renault 3.5 as a member of the P1 Motorsport driver line-up.

Jan Charouz participated in the 2010 AutoGP championship as the member of Charouz Gravity Racing driver line-up. 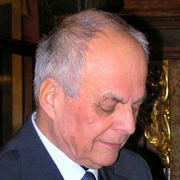