Raspe was born in Seefeld in Tirol. He was described as gentle but had difficulty communicating with other people. His father claimed Jan-Carl couldn't stand violence. Although living in East Berlin, he went to West Berlin when the Berlin Wall was built in 1961, and stayed there, living with his uncle and aunt. He co-founded Kommune II in 1967 and joined the Red Army Faction, also known as the "Baader-Meinhof Gang", in 1970.

On 1 June 1972, Raspe along with Andreas Baader and Holger Meins had gone to check on a garage in Frankfurt where they had been storing materials used to make incendiary devices. Raspe had gone along as the driver (they were driving a Porsche Targa). However, as soon as they arrived at the garage, police began to swarm around the scene. Meins and Baader had already entered the garage and were surrounded but Raspe, who had remained by the car, fired a shot from his gun and tried to run away when he was rushed by police, but to no avail; he was caught and arrested in a nearby garden. Meins and Baader were arrested soon after.

Raspe was convicted on 28 April 1977 and sentenced to life imprisonment. On 18 October 1977, Raspe was found dead of a gunshot wound in his cell in Stammheim Prison, Stuttgart. He died shortly after being admitted to a hospital. Fellow RAF members and inmates, Baader and Gudrun Ensslin, were found dead in their cells the same morning. Irmgard Möller was found in her cell, wounded after supposedly stabbing herself in the chest, but survived. The official inquiry concluded that this was a collective suicide, but again conspiracy theories abounded. However, none of these theories were ever brought forward by the RAF itself. 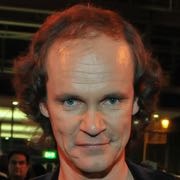