He was the most prominent Polish mathematician of the 17th century, working on the theory of numbers (particularly perfect numbers) and geometry. He also studied medicine, theology and geodesy. Among the problems he addressed was why bees create hexagonal honeycombs; he demonstrated that this is the most efficient way of using wax and storing honey.

He contributed to a greater knowledge of Nicolaus Copernicus' theories and was his ardent supporter and early prospective biographer. Around 1612 he visited the chapter at Warmia and with the knowledge of Prince-Bishop Simon Rudnicki took from there a number of letters and documents in order to publish them, which he never did. He contributed to a better version of a short biography of Copernicus by Simon Starowolski. "Following his death, his entire collection was lost"; thus "Copernicus' unpublished work probably suffered the greatest damage at the hands of Johannes Broscius."

Brożek died at Bronowice, now a district of Kraków. One of the Jagiellonian University's buildings, the Collegium Broscianum, is named for him. 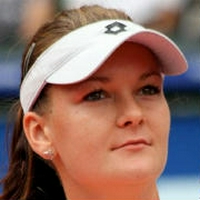