Jamin Olivencia (born August 7, 1985) is an American professional wrestler, currently working for Global Force Wrestling. He is also known for his time at Ohio Valley Wrestling (OVW) promotion where he is a former OVW Heavyweight Champion holding the record for the longest reign at 241 days . He also holds the record for the most OVW Television Championship reigns with eight.

Olivencia made his wrestling debut under the J-Man ring name, at the age of 17, on August 16, 2003 at the Empire State Wrestling show losing to Benjamin Smythe. On September 9, he lost to Cade Cassidy. On December 6, Jamin formed a team with R-Haz as "The New City Thugs" and defeated Damien Alexander and JP Hawke to win the ESW Tag Team Championship, Jamin's first championship. They defeated Alexander and Hawke on January 24, 2004 via disqualification to retain their championship. After defeating Grappler X and Purple Rain on February 15, they lost the championships to them on March 20. On May 20, he challenged Shade for the ESW Interstate Championship, but was unsuccessful in winning the championship. Jamin's first singles victory was on July 7 when he won a battle royal. After a year of teaming, J-Man and R-Haz fought in a street fight with J-Man winning the match. In the end of 2004, J-Man challenged Jonny Puma for the ESW Heavyweight Championship on November 6 and December 4 but was unsuccessful in winning the championship. His last match for the promotion was on September 16, 2005, defeating Cade Cassidy.

Olivencia debuted in Ohio Valley Wrestling (OVW) in 2005, when it was a Developmental Territory for World Wrestling Entertainment. On August 1, 2007, he teamed with T.J. Dalton to defeat The James Boys (Cassidy and KC James) to win the OVW Southern Tag Team Championship. The team lost the championship to The James Boys on August 24. After the loss, Olivencia was inactive for several months, returning on November 7, teaming with Ace Steel to lose to Matt Sydal and Seth Skyfire in a tournament for the OVW Southern Tag Team Championship.

When Ohio Valley Wrestling was unaffiliated, this also was the end between OVW and WWE. Olivencia has appeared on World Wrestling Entertainment television programming on several occasions. His first appearance for the promotion was on November 28, 2005, as Jaymin Olivers, teaming with Brad Bradley against Val Venis and Viscera in a losing effort. On July 13, 2010, he made appearance as Jamin Canseco at WWE Superstars teaming with Matt Cross losing to Curt Hawkins and Vance Archer. He also appeared on the July 30 episode of Raw, used as one of the men in white taking Daniel Bryan to hospital, alongside fellow OVW wrestler Dylan Bostic. Olivencia competed as Nick Nardone at the WWE SmackDown taping for September 20, 2013. He refused to sign autographs to kids on the parking lot which made Ryback want to take him on in the ring.

On November 16, 2010, Olivencia had a tryout for Total Nonstop Action Wrestling wrestling Stevie Richards in a dark match. Jamin also formed his own weekly talk show, aptly named The Jamin Olivencia Show. Olivencia appeared on Ring of Honor's show on November 23, 2011 losing to Mike Bennett. Olivencia appeared on the infamous Awesome Wrestling Entertainment Night of The Legends event on October 15, 2011 defeating Sonjay Dutt. In 2013, he made a return to Empire State Wrestling, defeating Johnny Gargano. He wrestled at the next show in a winning effort against Bill Collier. At Empire State Wrestling's next show, he had a World Heavyweight Title match against Chris Cooper, but was unsuccessful.

On May 11, 2015, Olivencia was announced as part of roster of the Global Force Wrestling (GFW) promotion.

Olivencia additionally works as a stunt performer, and performed stunt in the Dukes of Hazzard film. He is also an actor, and appeared in The Elaborate Entrance of Chad Deity at the Actor's Theatre of Louisville, portraying three characters and choreographing most of the fighting/wrestling scenes. Olivencia also does motivational speaking and spiritual discussions at schools all around the USA.

He has one daughter. 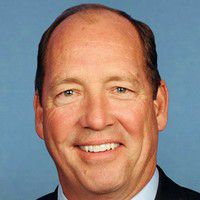 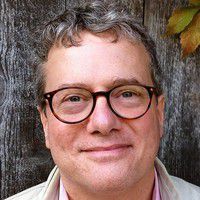 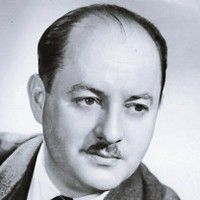