Gregory James "Jamie" Coots (November 17, 1971 – February 15, 2014) was a Pentecostal pastor in Kentucky who was featured in the National Geographic Channel reality television show Snake Salvation, which documented the lives of people who practice snake handling. Coots died Feb. 15, 2014 from a rattlesnake bite during a service.

Jamie Coots grew up in Middlesboro, Kentucky. He was a third-generation snake handler. His father, Gregory Coots, was the pastor of the Full Gospel Tabernacle in Jesus Name. The church was founded in 1978 by his grandfather, Tommy Coots. Jamie's son, Cody "Little Cody" Coots, is now the pastor.

Jamie Coots began handling snakes at age 23. He primarily made his living as a truck-driver for a mine. The nature of being a serpent handler also meant that Coots traveled circuits to other churches, often with Punkin Brown. While he was pastor of Full Gospel Tabernacle in Jesus Name, Coots increased both the number of snakes and the portion of those that had lethal bites among those used in services.

Jamie Coots had been bitten eight times by snakes over the years, before the bite that killed him. One bite in 1993 nearly killed him, according to Cody Coots. Jamie Coots lost part of a finger from one bite in 1998.

A 28-year-old Tennessee woman in his congregation was bitten by a snake in 1995 during a church service Coots led. She died from the bite in his home. Coots was charged in connection with the death but a judge decided not to pursue the case.

Coots was fined in 2008 for keeping 74 snakes in his home. He was sentenced to one year of probation in 2013 for illegal wildlife possession after he crossed into Tennessee with five venomous snakes.

On January 31, 2013 Jamie Coots, a resident of Kentucky, was traveling in the backseat of his Kentucky licensed four door sedan with his son Cody (driver) and another church member (Kenny Stewart) northbound on federal interstate I-75 between Alabama and Kentucky, states where possessing venomous snakes is legal. Hours previously in Alabama, Mr. Coots had legally purchased 5 venomous rattlesnakes and copperheads for his church in Kentucky and carried the receipt. The snakes were being transported in locked sacramental boxes used at church as emblems of religion. Two of the boxes were more than 50 years old, built by prior pastors of the church.

A Knoxville Police Officer pulled Coots over for a window tint violation, although Tennessee law expressly prohibits officers from stopping cars with nonresident license plates for window tintage. The Officer observed the snakes and having been coached by TWRA that all reptiles, snakes and even pet turtles are contraband comparable to drugs and weapons, seized their driver’s licenses and keys, and detained them on the side of the interstate for more than hour, while Tennessee Wildlife Resources Agency (TWRA) Wildlife Officer Joe Durnin travelled more than 100 miles from East Tennessee. Wildlife Officer Durnin phoned TWRA headquarters in Nashville for advice and after an hour cited the church members for Illegal Possession of Class I Wildlife, a class A Misdemeanor, T.C.A. 70-4-401, in Knox County Criminal General Sessions Court. Officer Durnin seized the snakes commanding Coots and son to seal the locked boxes with duct tape and place them in the rear of his TWRA vehicle.

Chattanooga Constitutional Defense Attorney Christopher H. Jones represented Pastor Coots. In addition to filing a Motion to Suppress the illegal vehicular stop in violation of the Fourth Amendment of the U.S. Constitution, Attorney Jones filed a Motion to Dismiss based on the federal Commerce Clause, an enumerated power of the United States Constitution, Article I section 8 clause 3, which prohibits a state from requiring permits from nonresidents traveling through the state “in the flow of interstate commerce.” Jones also cited an Attorney General’s Opinion for the State of Tennessee that forbade the TWRA from requiring permits of nonresidents traveling through the state with animals because of the Commerce Clause. Coots’ lawyer also provided a Motion to return the snakes and disclose their location.

At court on February 11, 2013, Assistant District Attorney Samyah Jubran threatened if Coots refused to immediately plead guilty to the current charge, forfeit his snakes and sacramental boxes, Wildlife Officer Durnin would add an additional charge of Unlawful Transportation of Wildlife, T.C.A. 70-4-405(h)(7) to each defendant because the snakes were not placed in bags inside the boxes. Coots refused to plead guilty, and Officer Durnin added the new charge to each. The court date was reset for a Preliminary or Probable Cause Hearing on February 25, and on this day Coots and codefendants attended court with two experts: Dr. Ralph Hood of the Department of Psychology at the University of Tennessee Chattanooga who studied the defendants’ serpent handling religion in Kentucky for more than 30 years and herpetologist Dr. Gordon Burghardt, of the University of Tennessee Knoxville.

Prosecutor Jubran remained steadfast that Coots immediately plead guilty to all charges or his snakes and sacramental boxes will be considered contraband and immediately destroyed by the TWRA. This upset Coots greatly, considering the history and tradition of the boxes. When the Prosecutor observed Coots’ visceral reaction, she offered to drop all charges against the codefendants including the second charge of Unlawful Transportation of Wildlife, T.C.A. 70-4-405(h)(7) and return the sacramental boxes, only if Coots pleaded guilty to the first charge of Illegal Possession of Class I Wildlife, T.C.A. 70-4-401. However, the snakes would be forfeited.

Pastor Coots accepted the prosecutors offer and pleaded guilty with one year of unsupervised probation. The new charge and other charges against his son and Stewart were dismissed. TWRA Officer Joe Durnin returned the sacramental boxes, although one of the box locks was missing and a box had minor damage.

Following his arrest Coots had an article published in October 2013 in the Wall Street Journal calling for snake handling to be protected under the religious freedom provisions of the US Constitution.

On February 15, 2014 Jamie Coots was bitten on the right hand during a service at his Full Gospel Tabernacle in Jesus' Name church in Middlesboro. After the bite Coots dropped the snakes, but then picked them back up and continued the ceremony.

Later, he was driven home. When paramedics arrived his relatives refused medical treatment for him, saying it was inconsistent with his religion. He died in his home. He was succeeded as the head of the Full Gospel Tabernacle in Jesus' Name by his son, Cody Coots. 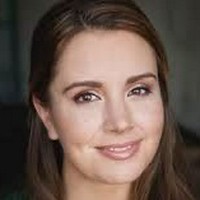 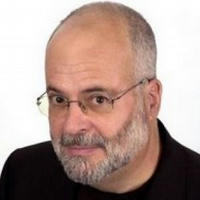