Not to be confused with author and theologian James E. White, the former President of Gordon-Conwell Seminary

James Robert White (born December 17, 1962) is the director of Alpha and Omega Ministries, an evangelical Reformed Christian apologetics organization based in Phoenix, Arizona. He is the author of more than 20 books and has engaged in numerous moderated debates.

White is the director of Alpha and Omega Ministries, a presuppositional apologetics organization based in Phoenix, Arizona. He received a BA from Grand Canyon College, an MA from Fuller Theological Seminary, He was also a critical consultant for the Lockman Foundation's New American Standard Bible.

White has also been an elder of Phoenix Reformed Baptist Church in Phoenix, AZ, since 1998.

He is married and he and his wife have two children. He also has two grandchildren.

White graduated with a Bachelor's Degree from Grand Canyon University (formerly known as Grand Canyon College) and an MA from Fuller Theological Seminary. In March, 2017 he enrolled in the Ph.D. program at North-West University in Potchefstroom, South Africa. White also has a ThM, DMin, and ThD from the unaccredited correspondence school Columbia Evangelical Seminary (formerly Faraston Seminary). 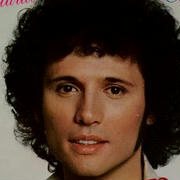