James Thomson (23 November 1834 – 3 June 1882), who wrote under the pseudonym Bysshe Vanolis, was a Scottish Victorian-era poet famous primarily for the long poem The City of Dreadful Night (1874), an expression of bleak pessimism in a dehumanized, uncaring urban environment.

Thomson was born in Port Glasgow, Scotland, and, at the age of eight (after his sister died and his father suffered a stroke), he was sent to London where he was raised in an orphanage, the Royal Caledonian Asylum on Chalk (later Caledonian after the asylum) Road near Holloway. Soon after this his mother died. He spoke with a London accent. He received his education at the Caledonian Asylum and the Royal Military Academy and served in Ireland, where in 1851, at the age of 17, he made the acquaintance of the 18-year-old Charles Bradlaugh, who was already notorious as a freethinker, having published his first atheist pamphlet a year earlier.

More than a decade later, Thomson left the military and moved to London, where he worked as a clerk. He remained in contact with Bradlaugh, who was by now issuing his own weekly National Reformer, a "publication for the working man". For the remaining 19 years of his life, starting in 1863, Thomson submitted stories, essays and poems to various publications, including the National Reformer, which published the sombre poem which remains his most famous work.

The City of Dreadful Night came about from the struggle with insomnia, alcoholism and chronic depression which plagued Thomson's final decade. Increasingly isolated from friends and society in general, he even became hostile towards Bradlaugh. In 1880, nineteen months before his death, the publication of his volume of poetry, The City of Dreadful Night and Other Poems elicited encouraging and complimentary reviews from a number of critics, but came too late to prevent Thomson's downward slide.

Thomson's remaining poems rarely appear in modern anthologies, although the autobiographical Insomnia and Mater Tenebrarum are well-regarded and contain some striking passages. He admired and translated the works of the pessimistic Italian poet Giacomo Leopardi (1798–1837), but his own lack of hope was darker than that of Leopardi. He is considered by some students of the Victorian age as the bleakest of that era's poets. He died in London at the age of 47.

Thomson's pseudonym, Bysshe Vanolis, derives from the names of the poets Percy Bysshe Shelley and Novalis. He is often distinguished from the earlier Scottish poet James Thomson by the letters B.V. after the name. 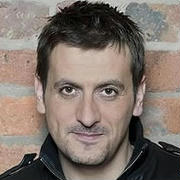