He was born in 1805, the youngest son of James Archibald Stuart-Wortley-Mackenzie, 1st Baron Wharncliffe. He was educated at Christ Church, Oxford and he became a barrister at the Inner Temple in 1831, rising to be a Queen's Counsel in 1841. He was a fellow of Merton College, Oxford.

In 1846, he was sworn a Privy Counsellor. He held office as Recorder of London from 1850 to 1856 and then as Solicitor General for England and Wales under Lord Palmerston from November 1856 until May 1857. He had to resign in 1858 due to spinal injuries sustained in a riding accident. He and his wife left their London home in Carlton House Terrace to live at East Sheen Lodge (which was renamed Wortley Lodge) near Mortlake until he became worse, forcing them to move back to London in 1869. Back in London his wife was able to delegate the care of her husband at least in part to their daughters.

The contents of this page are sourced from Wikipedia article on 27 May 2020. The contents are available under the CC BY-SA 4.0 license.
View James Stuart-Wortley 's image gallery
Image Gallery

Printmaker; fl. 1814; engraver, produced plates for a 'History of the Twenty Years War with France' 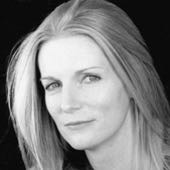