James Stewart (or Stuart), 2nd Lord Doune and 2nd Earl of Moray (c. 1565 – 7 February 1591/2) was a Scottish nobleman, the son of James Stewart, 1st Lord Doune. The 2nd Earl was murdered by George Gordon, Earl of Huntly, as the culmination of a vendetta. Known as "the Bonnie Earl" for his good looks, he became the subject of a popular ballad, The Bonnie Earl of Moray.

He was the eldest son of James Stewart, and was a direct male-line descendent of Robert II through his second son the Duke of Albany. His father was created Lord Doune on 24 November 1581. From his distant relative James VI, he received in the year 1580 a gift of the ward and marriage of the two daughters of the Regent Moray, and a few days thereafter married Elizabeth, the elder one, and soon after assumed, jure uxoris, the title of the Earl of Moray.

Stewart was an extremely ambitious man who aimed to make himself the most powerful lord in the north-east at the expense of his neighbour, the Earl of Huntly. On 1 August 1588 he was appointed a commissioner for executing the act against the Spanish armada, and on 5 March 1590 was commissioned to execute the acts against the Jesuits. He then foolishly entered into an alliance with his wife's famous cousin Francis Stewart, 5th Earl of Bothwell who was a notorious conspirator greatly feared by the King. In late 1590 he decided, along with the Earl of Atholl, to assist the Laird of Grant when his house was being besieged by Huntly; Huntly retreated to Edinburgh and on 23 January 1591 presented a supplication against Moray for his "having taken part with the malefactors in the north", both earls were then commanded to proceed to Edinburgh and sign bands to keep the peace.

Huntly then obtained a special commission to pursue Bothwell and his associates, whom the King feared were planning a rebellion. To prevent Bothwell from obtaining shelter with the Earl of Moray, a distant cousin and ally, Moray was induced by Lord Ochiltree, who was specially deputed by the King, to come south on the condition of receiving a pardon. It is claimed in the traditional ballad that James was jealous of Moray's favour with his Queen, Anne of Denmark, on account of his good looks. Moray, in expectation of a summons to the court, had arrived at Donibristle, a house of his mother on the Fife coast, when on 7 February 1592 it was suddenly beset by the followers of Huntly, who called on him to surrender. He declined to do so, and Huntly set fire to the house. Moray stayed for a time inside, and, suddenly dashing out, he broke through the cordon surrounding the house, and made for the rocks on the seashore. The glow of his burning helmet tassle, however, was said to have betrayed his location and he was killed. The corpses of the earl and of Dunbar, Sheriff of Moray, who was also killed, were brought by the earl's mother to Leith to be placed in the tomb of the Regent Moray in the Church of St. Giles; but for some months they remained in their coffins unburied, their friends refusing to bury them until the killing was punished. Captain Gordon, one of Huntly's followers, who being wounded was unable to escape to the north, was brought to Edinburgh and executed; but this was not enough to satisfy popular feeling, and the King deemed it prudent to retire from Edinburgh to Glasgow, until Huntly entered himself in ward in Blackness Castle. This Huntly did on 12 March, but on the 20th he was released on giving surety that on six days' notice he would appear and stand his trial whenever called on to do so. This murder remains famous to this day as the earl was just 27 years old at the time of his death and his murderer's punishment was a mere week-long house arrest.

By his wife, Elizabeth Stewart, whom he married between 23 January 1580 and 1581 and who died three months before him, he had two sons and three daughters: 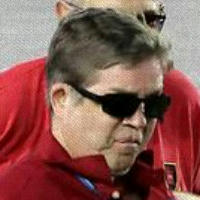