Knight was born in Ottumwa, Iowa in November 1875. His father, Henry B. Knight, was an Ohio native and Presbyterian minister. His mother, Jane, was born in Pennsylvania. At the time of the 1880 United States Census, Knight was living with his parents and two older brothers (Louis and Harry) in Ottumwa. At the time of the 1885 Iowa State Census, Knight was living in Fairfield, Iowa where his father was employed as a professor at Parsons College.

Knight began his college education at Parsons College, the liberal arts college where his father was a professor. He enrolled at Princeton University in approximately 1893. As a senior in 1895, Knight played college football as an end for the Princeton Tigers football team. While attending Princeton, Knight listed Chicago as his home city and was the vice president of Princeton's Chicago Club. He also lettered in gymnastics and rowing. He graduated from Princeton as part of the Class of 1896.

In approximately 1898, Knight accepted a job in Chicago as the Michigan agent for Ginn & Co., a leading publisher of textbooks. He became affiliated with the Chicago Athletic Club while living in that city. Knight was a member of the Detroit Rowing Club from 1898 to 1900. At the time of the 1900 United States Census, he was living in Detroit and was employed as an agent for a life insurance company. In 1901, Knight was a representative of the New York Life Insurance Company, at the Majestic Building in Detroit, Michigan. In 1902, he was employed as a civil engineer for the Colorado Fuel & Iron Co.

In 1901, Knight enrolled in law school at the University of Michigan, receiving his law degree in 1902. While studying at Michigan, he played for the Michigan's 1901 "Point-a-Minute" football team that finished the season 11–0, outscored opponents 550 to 0, and won the first college football bowl game, the 1902 Rose Bowl. Knight started at right end in four games for the 1901 Michigan team, including the first two games of the season. He also played as a substitute in the Indiana and Carlisle games. He was also the manager and catcher for the University of Michigan law school class baseball team in 1902.

In 1902, Knight moved to Seattle, Washington. He was employed from 1902 to 1905 as a civil engineer for the Seattle Electric Co. While in Seattle, he also served as the head athletic instructor and football coach at the University of Washington from 1902 to 1904, compiling a record of 15–4–1. He also served as the first rowing and second men's track coach at Washington. In 1905, he worked for the Boston Copper Co., of Seattle.

Knight attended the Princeton Theological Seminary from 1905 to 1906 and subsequently moved to Caldwell, Idaho. At the time of the 1910 United States Census, Knight was living in South Caldwell, Idaho, where his occupation was listed as a farmer. In 1969, he died aged 93.

The contents of this page are sourced from Wikipedia article on 27 May 2020. The contents are available under the CC BY-SA 4.0 license.
View James Knight 's image gallery
Image Gallery 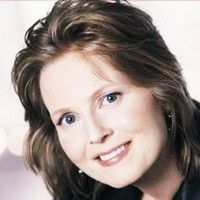