James Kenneth Galbraith (born January 29, 1952) is an American economist who writes frequently for the popular press on economic topics. He is currently a professor at the Lyndon B. Johnson School of Public Affairs and at the Department of Government, University of Texas at Austin. He is also a Senior Scholar with the Levy Economics Institute of Bard College and part of the executive committee of the World Economics Association, created in 2011.

From 1981 to 1982, Galbraith served on the staff of the Congress of the United States, eventually as Executive Director of the Joint Economic Committee. In 1985, he was a guest scholar at the Brookings Institution.

Galbraith is currently a professor at the Lyndon B. Johnson School of Public Affairs and at the Department of Government, University of Texas at Austin. Galbraith heads up the University of Texas Inequality Project (UTIP), which has been described by economic historian Lord Skidelsky as "pioneering inequality measurement". UTIP is also noted for replacing the established Gini coefficient with the Theil index as the measurement of choice for comparing inequality between groups, regions and countries.

In March 2008 Galbraith used the 25th Annual Milton Friedman Distinguished Lecture to launch a sweeping attack on the Washington Consensus on free market policies, especially the monetarist version. He argued strongly that Keynesian economics offered a solution to the financial crisis that started in 2007 whereas monetarist policies would deepen the recession. Towards the end of 2008 policy makers around the world began acting in line with Galbraith’s recommendations, as part of the Keynesian resurgence described by the Financial Times as "a stunning reversal of the orthodoxy of the past several decades".

In 2010 he edited an edition of his father's works for the Library of America series.

Galbraith's books include Balancing Acts: Technology, Finance and the American Future, 1989; Created Unequal: The Crisis in American Pay, 1998; Inequality and Industrial Change: A Global View, 2001, co-edited with Maureen Berner; and The Predator State, 2008. He is the author of two textbooks – The Economic Problem (with Robert L. Heilbroner) and Macroeconomics (with William Darity Jr.)

He also contributes a column to The Texas Observer and writes regularly for The Nation, The American Prospect, Mother Jones, and The Progressive. His op-ed pieces have appeared in The New York Times, The Washington Post, Boston Globe and other newspapers.

Today, the signature of modern American capitalism is neither benign competition, nor class struggle, nor an inclusive middle-class utopia. Instead, predation has become the dominant feature — a system wherein the rich have come to feast on decaying systems built for the middle class. The predatory class is not the whole of the wealthy; it may be opposed by many others of similar wealth. But it is the defining feature, the leading force. And its agents are in full control of the government under which we live.

Galbraith is also highly critical of the Bush administration's foreign policy apropos of the Iraq invasion:

There is a reason for the vulnerability of empires. To maintain one against opposition requires war — steady, unrelenting, unending war. And war is ruinous — from a legal, moral and economic point of view. It can ruin the losers, such as Napoleonic France, or Imperial Germany in 1918. And it can ruin the victors, as it did the British and the Soviets in the 20th century. Conversely, Germany and Japan recovered well from World War II, in part because they were spared reparations and did not have to waste national treasure on defense in the aftermath of defeat... The real economic cost of Bush's empire building is twofold: It diverts attention from pressing economic problems at home and it sets the United States on a long-term imperial path that is economically ruinous.

Much like his father in writing A Tenured Professor, the junior Galbraith is also a critic of his own profession:

Leading active members of today's economics profession, the generation presently in their 40s and 50s, have joined together into a kind of politburo for correct economic thinking. As a general rule — as one might expect from a gentleman's club — this has placed them on the wrong side of every important policy issue, and not just recently but for decades. They predict disaster where none occurs. They deny the possibility of events that then happen. They offer a "rape is like the weather" fatalism about an "inevitable" problem (pay inequality) that then starts to recede. They oppose the most basic, decent, and sensible reforms, while offering placebos instead. They are always surprised when something untoward (like a recession) actually occurs. And when finally they sense that some position cannot be sustained, they do not re-examine their ideas. Instead, they simply change the subject.

Galbraith is the Chairman of Economists for Peace and Security, formerly known as Economists Against the Arms Race and later Economists Allied for Arms Reduction (ECAAR), an international association of professional economists concerned with peace and security issues.

In 2009, he joined the project for Soldiers of Peace, a documentary for global peace and against all wars, which has won various awards in film festivals. 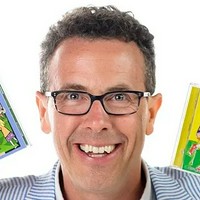