Major James Moore Hanham (January 4, 1840 Woodville, Mississippi – December 30, 1923 New York, New York) was an American chess master, who played in many American and international chess tournaments between 1884 and 1889. He fought on the side of the North during the American Civil War, reaching the rank of Major. He is remembered today for several innovations in the opening, particularly the Hanham Variation of Philidor's Defense (1.e4 e5 2.Nf3 d6 3.d4 Nd7).

Although a Mississippian, Hanham fought for the Union Army during the Civil War. He saw action at Fort Pickens and Baton Rouge, and was promoted to the rank of Major. After the war, he moved to Manhattan.

A writer in the New York Times, describing the players in the Sixth American Chess Congress (1889), portrayed him as follows:

Major Hanham is a little, nervous man, who hates to sit still. He won his title during the war of the rebellion. He was one of the dudes of the tournament, and was always dressed in the latest style, with a carefully polished silk hat and neatly trimmed beard.

Hanham played in many American and international chess tournaments between 1884 and 1899. At American tournaments, he finished second to Eugene Delmar in the 8th and 9th championships of the Manhattan Chess Club, both held in 1885, and at an 1886 New York Chess Club tournament. At Cincinnati 1888, the first United States Chess Association tournament, he tied for 2nd–3rd with 5.5/10, far behind winner Jackson Showalter. He finished 3rd with 3/6 at Lexington 1891, the fourth United States Chess Association tournament, behind Showalter and William Pollock, who tied for first at 5/6. He won two tournaments at Skaneateles, New York in 1891. According to Chessmetrics, Hanham's best-ever performance was at Grove Spring 1898, where he scored 4.5/7 for the New York State team against the Pennsylvania team.

At international tournaments, Hanham performed respectably but not spectacularly, usually finishing in the bottom half. At London and Nottingham, both in 1886, he finished 12th out of 13 with a 3.5/12 score, and 8th out of 10 with a 2/9 score, respectively. At the Sixth American Chess Congress at New York 1889, a double round robin that was one of the longest tournaments in history, Hanham scored 14/38, finishing 16th out of 20 players; Mikhail Chigorin and Max Weiss tied for first with 29 points, edging out Isidor Gunsberg (28.5). At New York 1894, Hanham tied for 7th–9th with a 4/10 score; recently dethroned World Champion Wilhelm Steinitz won with 8.5/10.

One of Hanham's best results was at New York 1893, where he scored 7.5/13 (finishing 6th of 14 players), beat the young Harry Nelson Pillsbury, and finished half a point ahead of him. Emanuel Lasker, who would become World Champion the following year, won with a perfect score.

By Arpad Elo's calculation, Hanham's strength during his five-year peak was equivalent to an Elo rating of 2360.

At the time of his death in 1923, Hanham was the oldest player of master rank in the United States.

Hooper and Whyld also credit Hanham with introducing a number of other opening lines, including the Grand Prix Attack against the Sicilian Defense (1.e4 c5 2.Nc3 Nc6 3.f4), the Indian Opening (1.e4 e5 2.d3), and the Hanham Variation of the French Defense (1.e4 e6 2.d3), often referred to today as the King's Indian Attack.

In this game from the Sixth American Chess Congress (at New York in 1889), Hanham (playing Black) uses his eponymous variation to defeat Joseph Henry Blackburne, one of the world's leading players: 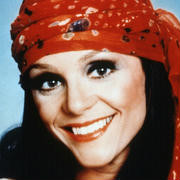