Along with Welsh actress Ruth Jones, Corden co-created, co-wrote and starred in the critically acclaimed BBC sitcom Gavin & Stacey (2007–2010) for which he won the BAFTA Television Award for Best Comedy Performance. He was featured on the UK No.1 single "Shout", along with grime artist Dizzee Rascal, an unofficial anthem of the England football team for the 2010 FIFA World Cup in South Africa, and duetted with singer Kylie Minogue on a cover of "Only You" in 2015. Appearing on the UK charity telethon Comic Relief in 2011, Corden created his Carpool Karaoke sketch when he drove around London singing songs with George Michael. Since 2009, Corden has presented the Brit Awards ceremony five times, four by himself and once with Matthew Horne and Kylie Minogue. In 2017 he hosted the 59th Annual Grammy Awards replacing long time host LL Cool J. He has presented the sports based comedy panel show A League of Their Own on Sky 1 since 2010.

In 2011, he played the lead part in the comedy play One Man, Two Guvnors, which transferred from the National Theatre to the West End and then to Broadway, and was also cinecast worldwide via National Theatre Live. For his performance in the Broadway run of the play, Corden won the 2012 Tony Award for Best Actor in a Play. In 2015 he received the BAFTA Britannia Award for British Artist of the Year.

Corden was born in Hillingdon, Greater London, the son of Margaret and Malcolm Corden. His father was a musician in the Royal Air Force band and his mother was a social worker. He grew up in Hazlemere, Buckinghamshire and attended Park Middle School and Holmer Green Upper School. He has an older sister, Andrea Henry, and a younger sister, Ruth Corden. He was raised in the Salvation Army church but no longer considers himself a Christian.

Corden's first stage appearance was at the age of 18 with a one-line part in the 1996 musical Martin Guerre. His early television work included Gareth Jones in the 1999 series Boyz Unlimited, He also starred in Tango advertisements in 1998 and had a role as a bookish student in Teachers and in 2000 a small part in an episode of Hollyoaks. Corden had guest appearances on Little Britain and Dalziel and Pascoe, both in 2004. Corden's early film credits include Whatever Happened to Harold Smith? (1999), Mike Leigh's All or Nothing (2002), Heartlands (2002), and Cruise of the Gods (2002).

From 2000 through early 2005, Corden starred in the British television series Fat Friends as Jamie Rymer. He garnered a nomination for the 2000 Royal Television Society Award for Network Newcomer On Screen for his work. Beginning in 2004, Corden played the role of Timms in the original London stage production of Alan Bennett's play The History Boys, as well as in the Broadway, Sydney, Wellington and Hong Kong productions and radio and 2006 film adaptation versions of the play. Also in 2006, he appeared in the film Starter for 10.

From 2007 through early 2010, Corden co-starred in his own series, the BBC Three sitcom Gavin & Stacey. He co-wrote the series with his Fat Friends co-star Ruth Jones; Corden and Jones played the friends of the title characters, with Corden starring as Smithy. The series proved popular and was well-received critically. For the show, Corden won Best Male Comedy Performer and Gavin & Stacey won Best New British Television Comedy at the 2007 British Comedy Awards. At the 2008 Television BAFTAs, Corden won the BAFTA for Best Male Comedy Performance, and Gavin & Stacey won the BAFTA's Audience Award for Programme of the Year. In December 2008 the show won Best TV Comedy in the 2008 British Comedy Awards. Gavin & Stacey also won the award for Most Popular Comedy Programme at the National Television Awards in 2010.

During the two year, seven months run of Gavin & Stacey, Corden's professional endeavours outside the successful series proved somewhat chequered. He guest hosted Big Brother's Big Mouth, with Gavin & Stacey co-star Mathew Horne, in August 2007. In 2008, he appeared in the film of Toby Young's autobiography How to Lose Friends & Alienate People. He collaborated again with Horne on a 2009 sketch show named Horne & Corden, described by the BBC as a "traditional comedy entertainment show in the style of Morecambe and Wise". The show ran for only one series and was poorly received by the critics, with Corden later admitting "the absolute truth is I wasn't good enough."

In 2009, Corden starred as the lead character in the film Lesbian Vampire Killers, which was not a success. That year he played Clem Cattini in the Joe Meek biopic Telstar, and likewise in the animated Planet 51 along with Mathew Horne. In February 2009, he co-presented the Brit Awards with Mathew Horne and Kylie Minogue. On 13 March 2009, he appeared in a sketch for the UK charity telethon Comic Relief giving the England football team a motivational talk, and later presented a section with Horne showing their best bits of comedy from the previous two years along with highlights from the night.

In March 2010, Corden began hosting the Sky1 comedy/sports panel show A League of Their Own alongside team captains Andrew Flintoff and Jamie Redknapp. In March 2010, he presented Sport Relief 2010 alongside Davina McCall and others, and contributed a "sequel" to the 2009 England football team sketch, this time giving a motivational talk to various sport stars including David Beckham and motor racing driver Jenson Button.

In March 2010, Corden took part in Channel 4's Comedy Gala, a benefit show held in aid of Great Ormond Street Children's Hospital, filmed live at the O2 Arena in London. On 5 June 2010, he performed his England World Cup single with Dizzee Rascal on the finale of Britain's Got Talent. The proceeds from the single went to London's Great Ormond Street Hospital.

In June 2010, Corden played Craig Owens in the Doctor Who episode "The Lodger", in which the Doctor moved in with him. Corden returned as Owens in "Closing Time" in the sixth series. In December 2010, This Is JLS, an hour long Christmas special featuring the boyband and The X Factor runners up, was aired on ITV1, with Corden writing and producing some of the sketches featured in the special. In 2010 he also was in the main cast of the film Gulliver's Travels. In December 2010, he was part of an ensemble voice cast in the English dub of the German animated film Animals United alongside Jim Broadbent, Jason Donovan, Joanna Lumley, Billie Piper, Andy Serkis and others.

One Man, Two Guvnors and other projects

In February 2011, Corden again presented the 2011 Brit Awards. In March, Corden reprised his Gavin & Stacey role as Smithy in a Red Nose Day sketch for the charity telethon Comic Relief. The sketch included appearances by then UK Prime Minister Gordon Brown, JLS, Paul McCartney and Justin Bieber. It received positive reviews from critics and was highly regarded as the best sketch of the night. The show also saw the first appearance of his Carpool Karaoke sketch, which saw him singing songs with pop star George Michael while driving around London. In 2011, he appeared in The Three Musketeers.

Starting in June 2011, Corden played the lead role in the hit comedy play One Man, Two Guvnors. The play was also cinecast worldwide as part of the National Theatre Live cinecasts, and transferred from the National Theatre to the West End after touring. The show received universal critical acclaim, and won Best Play at the Evening Standard Theatre Awards for 2011. The Guardian deemed it "A triumph of visual and verbal comedy. One of the funniest productions in the National's history." The Daily Telegraph described it as "the feelgood hit of the Summer"; while The Independent called it a "massive hit", and the Evening Standard "a surefire hit". Corden at the 2014 British Academy Television Awards, May 2014

Corden made a cameo appearance in the music video for the single "Mama Do the Hump" by Rizzle Kicks, released in December 2011, which reached #2 in the charts. In April 2012, One Man, Two Guvnors transferred to Broadway, with Corden continuing to play the lead. In June 2012, he won the Tony Award for Best Performance by a Leading Actor in a Play for his performance.

In February 2012, Corden hosted the Brit Awards for the third time. Corden starred as the Baker in the Disney film adaptation of the musical Into the Woods (2014). In 2016 he appeared in the animated comedy film Trolls as Biggie, a chubby friendly Troll.

For his next project Corden teamed with friend and fellow Gavin & Stacey star Mathew Baynton to create, write and star in The Wrong Mans, a six-part comedy-thriller for BBC Two. The premiere was on 24 September 2013. The series was co-produced by online television provider Hulu.com in the United States where it began airing in November 2013.

On 8 September 2014, CBS announced that Corden was to succeed Craig Ferguson as host of the American late-night talk show The Late Late Show on 23 March 2015. With 135 million views, Corden's Carpool Karaoke through the streets of London with pop singer Adele, a sketch which featured on his talk show in January 2016, is the biggest YouTube viral video of 2016.

Corden was appointed Officer of the Order of the British Empire (OBE) in the 2015 New Year Honours for services to drama. He received the honour from Princess Anne during a ceremony at Buckingham Palace on 25 June 2015. 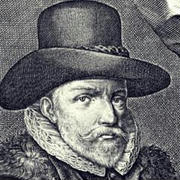