James Clifford Timlin (born August 5, 1927) is an American prelate of the Catholic Church. He served as Bishop of Scranton from 1984 to 2003. During his tenure as bishop, Timlin was accused in a 2018 grand jury report of covering up sexual abuse crimes by priests in his diocese.

Timlin was born in 1927 in Scranton, Pennsylvania, to James and Helen (née Norton) Timlin. He received his elementary education at St. John the Evangelist Grade School in Wilkes-Barre, Pennsylvania and Holy Rosary Grade School in Scranton. He then attended Holy Rosary High School. After high school, Timlin attended St. Charles College and St. Mary's Seminary. He then studied at at the Pontifical North American College and Pontifical Gregorian University in Rome.

On July 16, 1951, Timlin was ordained to the priesthood by Archbishop Martin J. O'Connor. After earning his Bachelor of Sacred Theology degree from the Gregorian University, he was appointed as assistant pastor of St. John the Evangelist Parish in Pittston, Pennsylvania, in 1952.

Timlin then served as assistant pastor of St. Peter's Cathedral in Scranton from 1953 to 1966, when he was named assistant chancellor of the Diocese and private secretary to Bishop J. Carroll McCormick. Timlin was raised to the rank of Chaplain to His Holiness on August 3, 1967, and became chancellor of the Diocese on December 15, 1971 and a Prelate of Honor of His Holiness on April 23, 1972. He also served as chairman of the Diocesan Liturgical Commission and the Priests' Education Committee, as well as librarian and secretary of St. Pius X Seminary in Dalton, Pennsylvania. Timlin became a member of the Diocesan Board of Consultors in 1972, and President of the Board of Directors of The Catholic Light in 1975.

On July 26, 1976, Pope Paul VI appointed Timlin as Auxiliary Bishop of the diocese of Scranton and Titular Bishop of Gunugus. He received his episcopal consecration on the following September 21 from Bishop McCormick, with Archbishop John R. Quinn and Bishop Stanley J. Ott serving as co-consecrators, at St. Peter's Cathedral in Vatican City. Serving a five-year term as Episcopal Moderator of the National Association of Holy Name Societies, Timlin became vicar general of the Scranton Diocese in 1976 and pastor of the Nativity of Our Lord parish in Scranton in 1979. In 1983, he was named chairman of the Board of Advisors of St. Pius X Seminary and of the Preparatory Commission for the Diocesan Synod.

On April 24, 1984, Pope John Paul II appointed Timlin as the eighth Bishop of Scranton. Installed on June 7, he was the first native of Scranton to become its diocesan bishop. During his tenure, Timlin held the Second Diocesan Synod, established the "Bishop's Annual Appeal", presided over a major restructuring of parishes due to the priest shortage, and introduced a new policy for Catholic schools consisting of regional mergers, construction of modern facilities, new fund-raising efforts, and a more equitable sharing of operational costs between parents, pastors, and the Diocese.

On March 14, 1985, Timlin announced that he would not attend two events honoring Catholic congressmen because he did not agree with their stands on abortion. The first event was honoring Democratic Representative Peter W. Rodino Jr. at a St. Patrick's Day dinner in Lackawanna County, Pennsylvania. The second event was the awarding of an honorary degree to Democratic House Speaker Tip O'Neill Jr. at commencement at the University of Scranton. In 2003, Timlin refused to attend the commencement ceremonies for the University of Scranton, because of the allegedly pro-choice views of honorary degree-recipient Chris Matthews.

After reaching the mandatory retirement age of 75 in 2002, Timlin resigned as Bishop on July 25, 2003, after a nearly 20-year-long tenure. He served as administrator of St. Joseph's Church in Wilkes-Barre from February to July 2004, when he became rector of Villa St. Joseph in Dunmore, Pennsylvania, the diocesan residence for retired priests.

On August 14, 2018, a grand jury investigation called into question Timlin's treatment of Thomas Skotek, a priest at St Casimir parish in Freeland, Pennsylvania. Between 1980 and 1985, Skotek had raped and eventually impregnated a teenage girl in the parish. In October 1986, when Timlin learned about the crime, he sent Skotek to Saint Luke Institute for evaluation. Timlin wrote to Skotek on October 9, 1986:

"This is a very difficult time in your life, and I realize how upset you are. I share your grief. (...) With the help of God, who never abandons us and who is always near, when we need him, this too will pass away, and all will be able to pick up and go on living. Please be assured that I am most willing to do whatever I can do to help."

In 1987, Timlin reassigned Skotek to St. Aloysius in Wilkes-Barre. Timlin never notified parishioners in St. Aloysius or authorities about Skotek's previous crimes. On December 13, 1989, the diocese sent a payment of $75,000 to the family of the girl raped by Skokek. As part of the settlement, the family had to sing a non-disclosure agreement and liability waiver for both the Diocese and Skotek. The 2018 grand jury investigation also indicated that Timlin had made a request to the judge sentencing Robert Caparelli to send him to a Church treatment center instead of prison. On June 11, 2020, the University of Scranton removed Timlin's name from all facilities, renaming its plaza Romero Plaza, after Archbishop Óscar Romero.

On August 31, 2018, Scranton Bishop Joseph Bambera forbade Timlin from representing the diocese at all public events, liturgical or otherwise. This was the most he could restrict another bishop; however, he also sent the matter to the Vatican Congregation for Bishops, which has jurisdiction over additional aspects of Timlin's ministry. Bambera himself had served as the Vicar for Priests for the Diocese of Scranton from 1995 to 1998, and he admitted that during that time he had helped Timlin reassign a priest who had abused a minor, although the decision was made by Timlin. On November 12, 2018, Timlin defied Bambera's order by attending the US Conference of Catholic Bishops (USCCB) general assembly in Baltimore. On February 25, 2020, Timlin attended the installation mass of Archbishop Nelson J. Pérez, dressed in bishop's regalia. A spokesperson for the Archdiocese of Philadelphia confirmed that they had invited Timlin to the mass.

The contents of this page are sourced from Wikipedia article on 23 Jan 2022. The contents are available under the CC BY-SA 4.0 license.
View James Clifford Timlin 's image gallery
Image Gallery 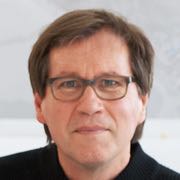 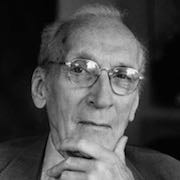